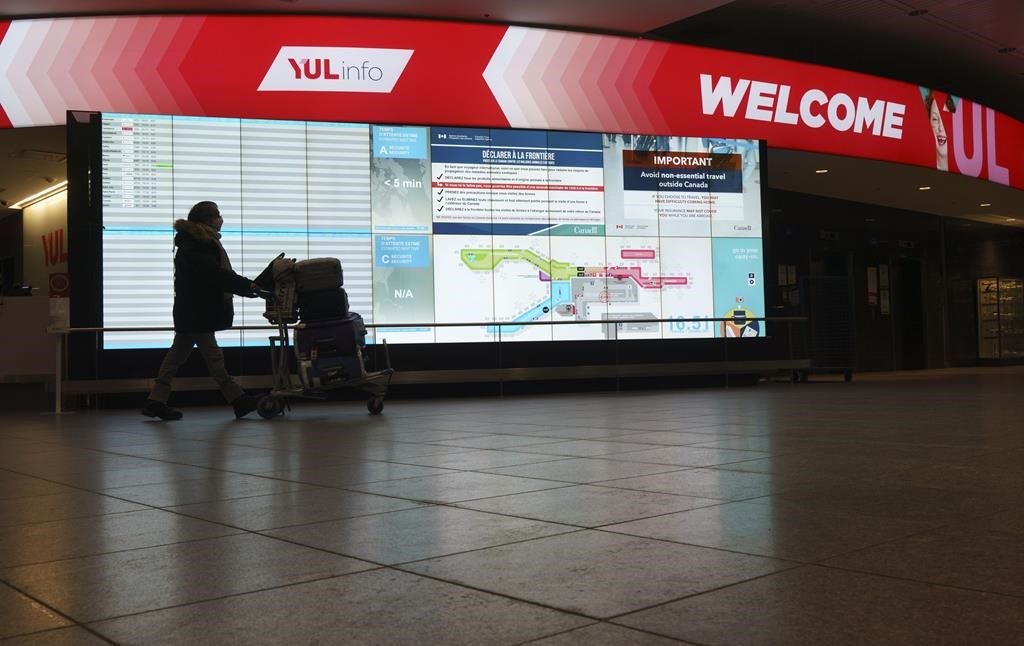 MONTREAL â€” Quebec and Ottawa have reached a $600-million deal to fund a link connecting the Montreal-Trudeau International Airport to the city’s new light rail system.

The project was in jeopardy after the airport authority, which was supposed to finance the station, lost hundreds of millions of dollars in revenues when the COVID-19 pandemic crippled the airline industry.

Montreal’s airport authority would be responsible for paying up to $100 million of the costs and repaying the loans from the infrastructure bank and the province.

“Our government could not envision a scenario where the station at the airport was not built,” Transport Minister Omar Alghabra said during a virtual news conference with federal and provincial cabinet ministers, the head of the infrastructure bank and Montreal’s mayor.

Earlier this year, the airport said it needed help to make the project work. It has already spent $45 million on the preparatory phase, which will be included in its contribution. The project is expected to be completed by 2024.

The first phase of the light rail system, called Reseau express metropolitain or REM, includes 26 stations at an estimated cost of $6.5 billion. The airport station will offer travellers a direct link to downtown.

The Canada Infrastructure Bank has already injected $1.3 billion into the REM project. Repayment of its loan for the terminal will be spread over 20 years, with the first $150 million expected halfway through, explained bank chairman and CEO Ehren Cory.

“This is a loan at a low enough interest rate for (Aeroports de Montreal) until air traffic returns and Montreal’s economy returns to pre-pandemic levels,” he said.

The authority operating the Montreal-Trudeau and Mirabel airports posted a $234-million loss last year, as its revenues plunged 60 per cent to $282.2 million. The number of passengers was down 73.2 per cent to 5.4 million.

By comparison in 2019, it posted a surplus of about $98 million on revenues of $ 707 million. Traffic had reached a record level of 20.3 million passengers.