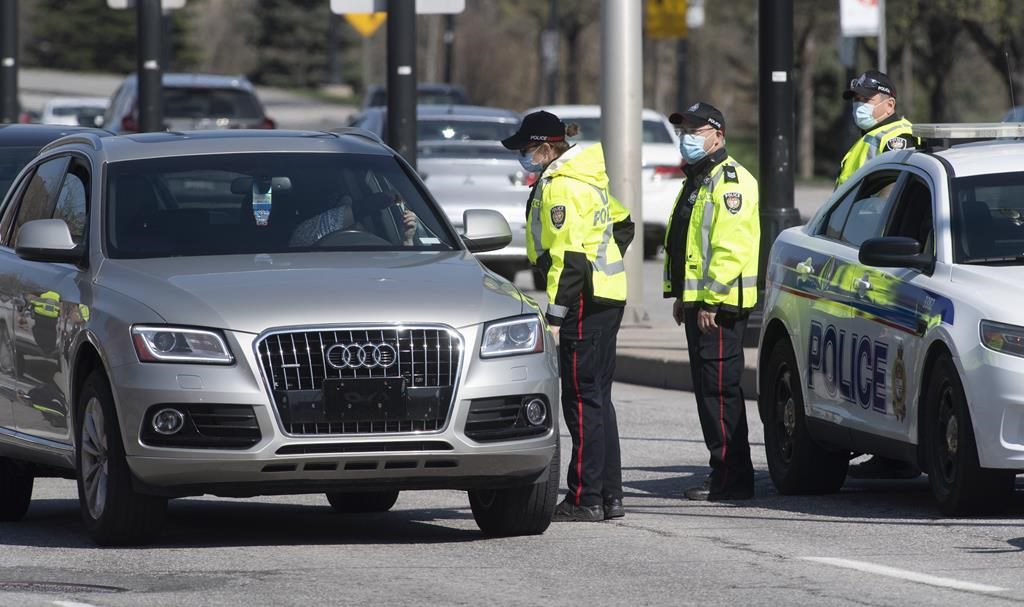 Going forward, travellers from Manitoba and Quebec cannot enter Ontario unless they live or work in the province, are transporting goods, or are travelling for health or compassionate reasons or to exercise an Aboriginal treaty right.

Quebec has enacted similar rules for its western border with Ontario and is requiring anyone returning to their primary residence from that province to isolate for 14 days unless they fall under an exception.

The province’s public health director, Dr. Horacio Arruda, said discussions are underway on the possibility of limiting interprovincial and international air travel in light of the more contagious variants.

“I'm discussing with my federal colleagues and other provinces about better controls of air flights and also over land,” he told reporters after receiving his first vaccine dose north of Montreal.

The measures came as Ontario reported 4,447 new cases of COVID-19 amid worries the province’s intensive care units are struggling to keep up with a growing number of extremely sick patients.

“I believe such a declaration, applied to Ontario, could help ensure a more co-ordinated delivery of vaccines to those who need them most, as well as enabling workers to prevent the spread by taking paid sick days and time off to get vaccinated,” Singh wrote to Trudeau in a letter.

The prime minister has resisted previous suggestions to invoke the measure, stating that he preferred to let the provinces take the lead on fighting the virus.

The federal government announced Sunday it was working with provinces that have not been as hard hit to dispatch health-care workers to help in the Greater Toronto Area’s struggling ICUs.

Meanwhile, some provinces are expanding access to the Oxford-AstraZeneca vaccine. Ontario and Alberta announced Sunday they were expanding eligibility to those 40 and up, while Manitoba on Monday said it will do the same.

The National Advisory Committee on Immunization recommends offering the AstraZeneca shot to those 55 and over because of a slightly elevated risk of an extremely rare blood clot disorder.

Federal Health Minister Patty Hajdu, however, suggested on Sunday that new recommendations were coming soon, and reminded reporters that Health Canada has licensed the AstraZeneca shot for use in people over the age of 18.

Ontario reported Monday morning it had administered another 67,000 vaccine doses, pushing Canada as a whole over the 10-million mark for doses administered.

About 9.1 million people in the country had received at least one dose as of Monday morning, including about 915,000 who have received both required doses.