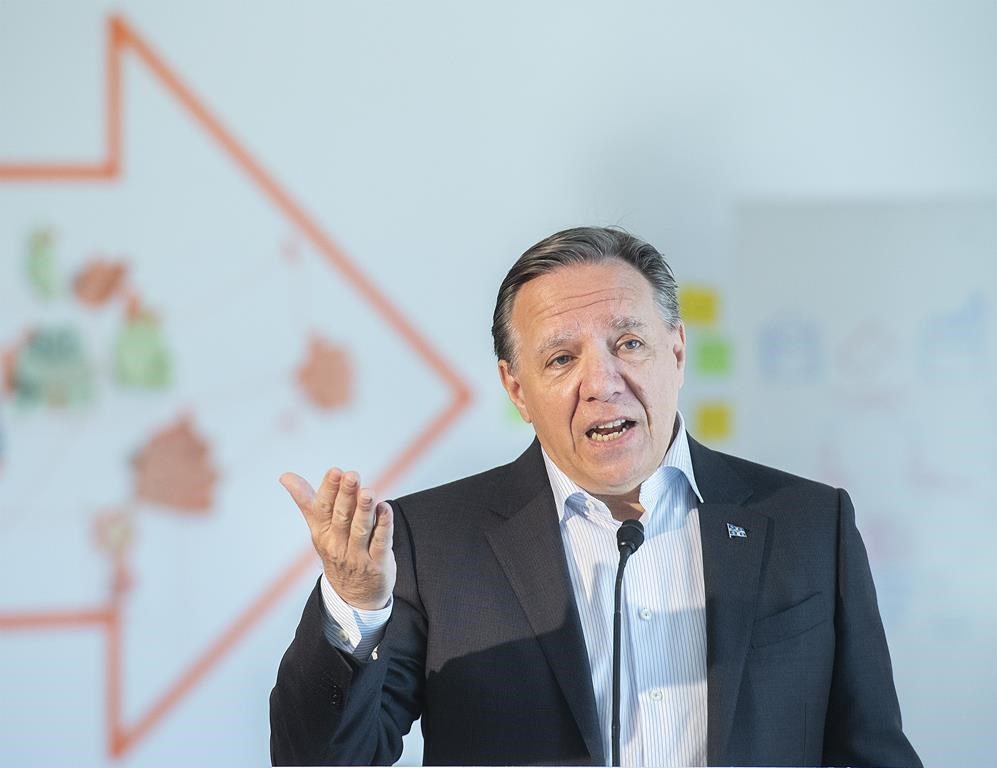 MONTREAL — Quebec has unveiled its $300 million action plan for youth that includes funding for environmental initiatives, job training and protection of the French language.

Premier Francois Legault says the plan’s 130 measures include support for entrepreneurs, job training and mental health, as well as a citizenship section that includes a plan to counter cyber-violence.

He told a news conference today that the government also decided to add a section on the environment, which is a top priority for youth, as well as a culture aspect that includes campaigns to promote the use of French among younger residents.

Legault says many elements of the plan are aimed at helping youth adapt to a changing job market that is increasingly reliant on technology and innovation.

On the environment front, he says schools will partner with the provincial parks agency to get students outside in nature, and will be able to propose their own environmental projects such as gardens or green roofs.

The plan is aimed at youth between the ages of 15 and 29, which Legault described as one of the demographics most affected by the pandemic.

But he acknowledged that many people were struggling to access mental health services and there was no quick solution to the problem.

“We don’t lack money, the money is there, the jobs are posted, but the challenge is finding people who are ready to work,” he said, noting that psychologists and psychiatrists can’t be trained “from one day to another.”

Legault unveiled the plan along with legislature member Samuel Poulin, who has been put in charge of the youth file. Poulin said the plan was developed in consultation with the province’s youth, and that some 500,000 young people would be helped by the measures it proposed.

This report by The Canadian Press was first published June 13, 2021