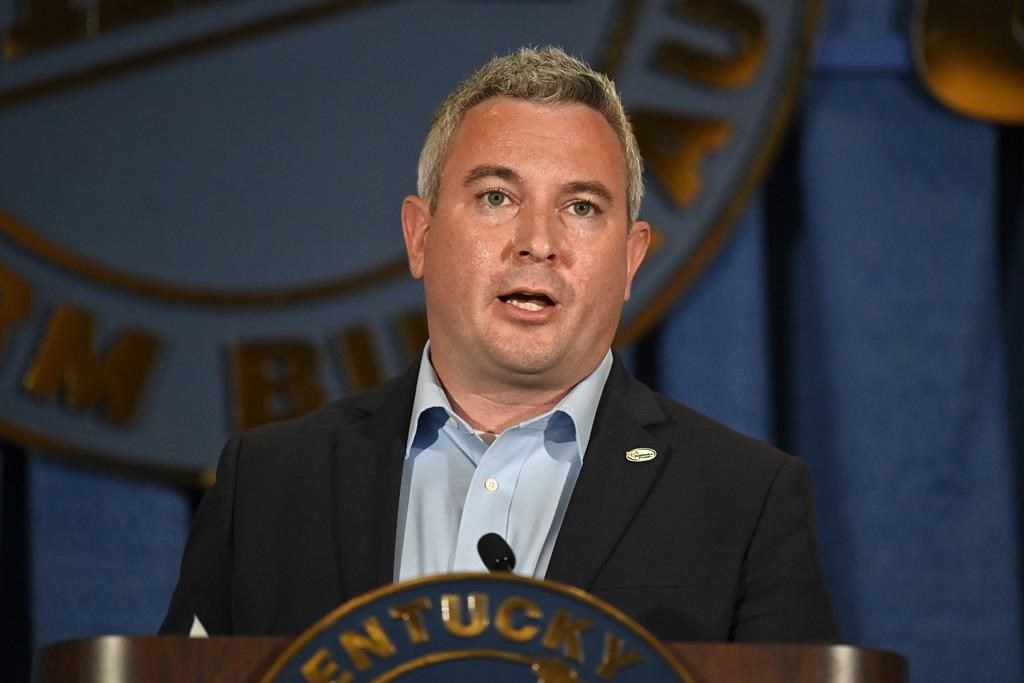 LOUISVILLE, Ky. (AP) — Kentucky gubernatorial candidate Ryan Quarles backed out of a campaign event Tuesday, opting not to appear along with a now-retired Louisville police officer who fired at Breonna Taylor after being shot during the deadly raid on Taylor’s apartment three years ago.

A few hours ahead of the event before a GOP group in Bowling Green, Kentucky, Quarles announced he had decided to reschedule his appearance. Quarles said in a statement that his decision was “due to the controversial nature of another speaker at this event.”

Quarles didn’t identify the other speaker. An event flyer listed retired Louisville police Sgt. Jonathan Mattingly as another guest at the Tuesday evening event. Quarles, in his second term as the state’s agriculture commissioner, was the lone gubernatorial candidate listed on the flyer.

Quarles said he was “invited independently of other speakers.”

Mattingly, a self-described conservative, wrote a book about the Taylor raid and has said that Taylor “didn’t deserve to die.” He frequently comments on police and cultural issues on social media.

Mattingly was struck in the leg by a bullet fired by Taylor’s boyfriend, Kenneth Walker, after officers rammed through Taylor’s door on March 13, 2020, in Louisville, the state’s largest city. Mattingly and two other officers returned fire, striking the unarmed Black woman in her hallway. Taylor’s death helped fuel racial justice protests that rocked the nation in 2020.

Mattingly retired from the police department in 2021. The two other officers who fired shots were dismissed from the department, and one of them, Brett Hankison, is facing federal charges for firing recklessly into neighboring apartments.

In announcing the charges in August, U.S. Attorney General Merrick Garland said the officers who served the warrant, including Mattingly, were unaware that it had been falsified.

Quarles is among a dozen Kentucky Republicans competing for their party’s gubernatorial nomination in the May primary. Democratic Gov. Andy Beshear is seeking a second term this year.

Another GOP gubernatorial hopeful is Attorney General Daniel Cameron. His office took over the probe into the police officers’ actions in the botched Taylor raid after the local prosecutor recused himself.

Cameron was criticized by Taylor supporters for not pursuing criminal charges against the officers who shot Taylor after a grand jury charged only Hankison with firing shots into a neighbor’s dwelling. Cameron has said the other officers were justified in returning fire. Hankison was later acquitted of the state charges but faces similar indictments in federal court.