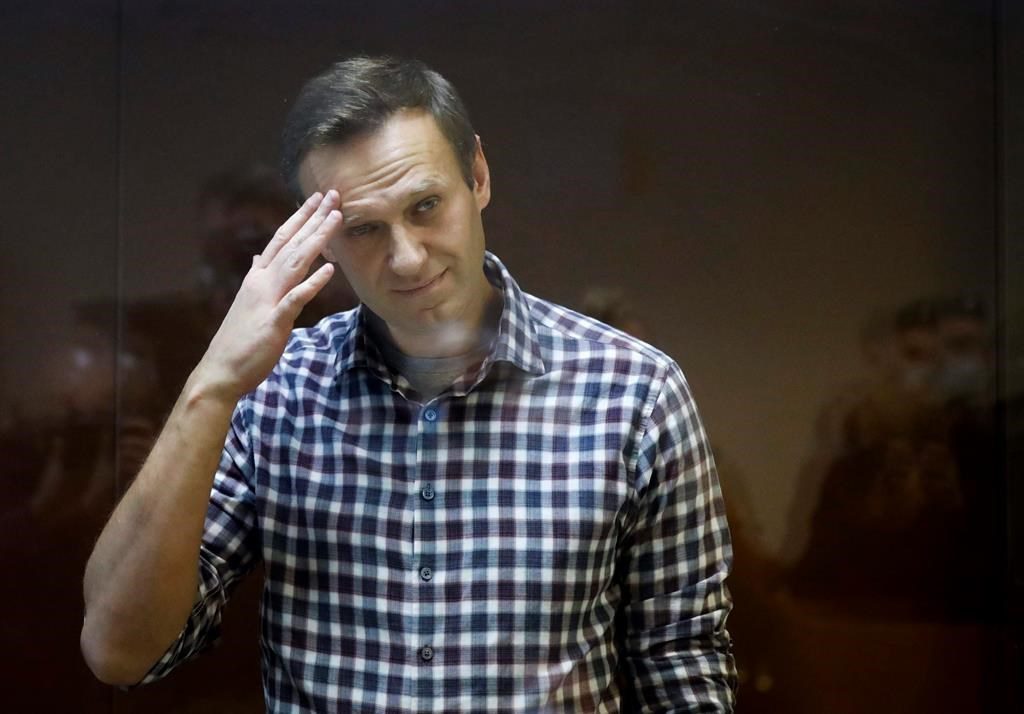 MOSCOW â€” Imprisoned Russian opposition leader Alexei Navalny said Tuesday he was suing his prison for withholding the Qur'an, which he intended to study while serving time outside Moscow.

Navalny has been on a hunger strike for two weeks, protesting prison officials’ refusal to let his physician examine him behind bars after he developed severe back and leg pain. But he said Tuesday in an Instagram post that his first lawsuit against prison officials had to do with the Muslim holy book.

"The thing is, they’re not giving my Qur'an. And it pisses me off," Navalny said, adding that "deeply studying" the Qur'an was one of several "self-improvement" goals he set for himself while in prison. The politician said he hasn’t been given access to any of the books he brought or ordered over the past month, because they all need to be "inspected for extremism,” which officials say takes three months.

"So I wrote one more petition to the (prison) chief and filed a lawsuit," Navalny said. "Books are our everything, and if I have to sue for my right to read, then I’ll be suing."

Navalny, 44, is Russian President Vladimir Putin's fiercest domestic opponent. He was arrested in January upon returning to Moscow from Germany, where he spent five months recovering from a nerve-agent poisoning that he blames on the Kremlin. Russian authorities have rejected the accusation.

A court ordered Navalny in February to serve 2 1/2 years in prison for violating the terms of his probation, including when he was convalescing in Germany, from a 2014 embezzlement conviction. Navalny has rejected the conviction as fabricated, and the European ?ourt of Human Rights found it "arbitrary and manifestly unreasonable."

Authorities transferred Navalny last month from a Moscow jail to the IK-2 penal colony in the Vladimir region, 85 kilometres (53 miles) east of the Russian capital. The facility in the town of Pokrov is noted for its especially strict inmate routines, which include standing at attention for hours.

Within weeks of being imprisoned, Navalny said he developed severe back and leg pains and was effectively deprived of sleep because a guard checks on him hourly at night. He went on a hunger strike two weeks ago, demanding access to proper medication and a visit from his doctor. Russia's state penitentiary service claims the politician is receiving all the medical help he needs.

Last week Navalny was transferred to the prison’s medical ward with a cough and a fever. In an Instagram post, he said three of the 15 people he is housed with have tuberculosis, a contagious disease that spreads through the air.

On Monday, Navalny’s allies said on Twitter that he was transferred back into general housing from the medical unit. The politician has lost eight kilograms (over 17 lbs) since starting the hunger strike and 15 kilograms (33 lbs) in all since arriving at the colony, according to his team.

Prison officials are "seeing the seriousness of the hunger strike" and are threatening to force-feed him, Navalny’s team said in a tweet.

Navalny has faced criticism over the years for using nationalist rhetoric regarding migrants, many of whom arrive in Russia from predominantly Muslim nations in Central Asia.

He said Tuesday he had realized his "development as a Christian requires studying the Qur'an," adding that he decided to become "the Qur'an champion among Russian non-Muslim politicians."

Muslims in many parts of the world mark the start of Ramadan, the holy month of fasting, this week.