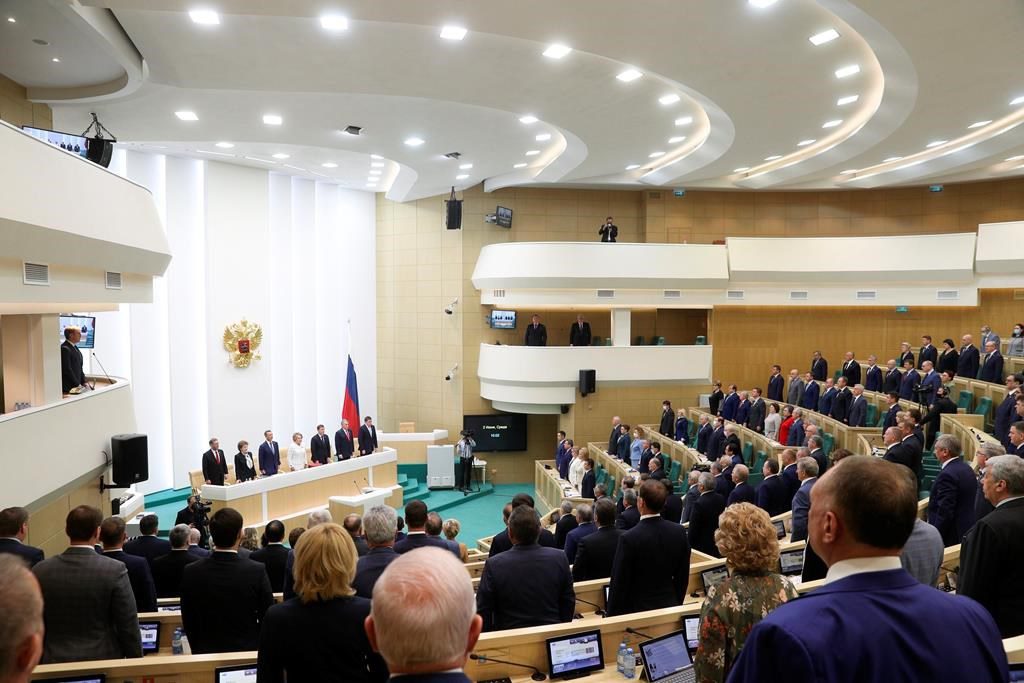 MOSCOW (AP) — Russian President Vladimir Putin on Monday signed a bill to withdraw from an international treaty allowing surveillance flights over military facilities, following the U.S. exit from the pact.

The bill was endorsed by Russian lawmakers after U.S. officials told Moscow last month that President Joe Biden’s administration had decided not to reenter the Open Skies Treaty that the U.S. left under President Donald Trump.

As a presidential candidate, Biden had criticized Trump’s withdrawal as “short-sighted.” Moscow had signaled its readiness to reverse the withdrawal procedure and stay in the 1992 treaty if the United States returned to the agreement, but now Putin’s signature seals the Russian withdrawal that would take effect in six months.

Putin and Biden are to have a summit in Geneva on June 16, a meeting that comes amid soaring tensions in Russia-U.S. ties that have hit post-Cold War lows after Russia’s 2014 annexation of Ukraine’s Crimean Peninsula, accusations of Moscow’s interference in U.S. elections, hacking attacks and other issues.

The Open Skies Treaty was intended to build trust between Russia and the West by allowing the accord’s more than three dozen signatories to carry out surveillance flights over each other’s territories to oversee troop deployments and other military activities. More than 1,500 flights have been conducted under the treaty since it took effect in 2002, helping foster transparency and monitor arms control agreements.

Trump pulled out of the pact last year, arguing that Russian violations made it untenable for Washington to remain a party, and the United States completed its withdrawal in November.

As a condition for staying in the pact after the U.S. pullout, Moscow has unsuccessfully pushed for guarantees from NATO allies that they won’t hand over the data collected during their observation flights over Russia to the U.S.