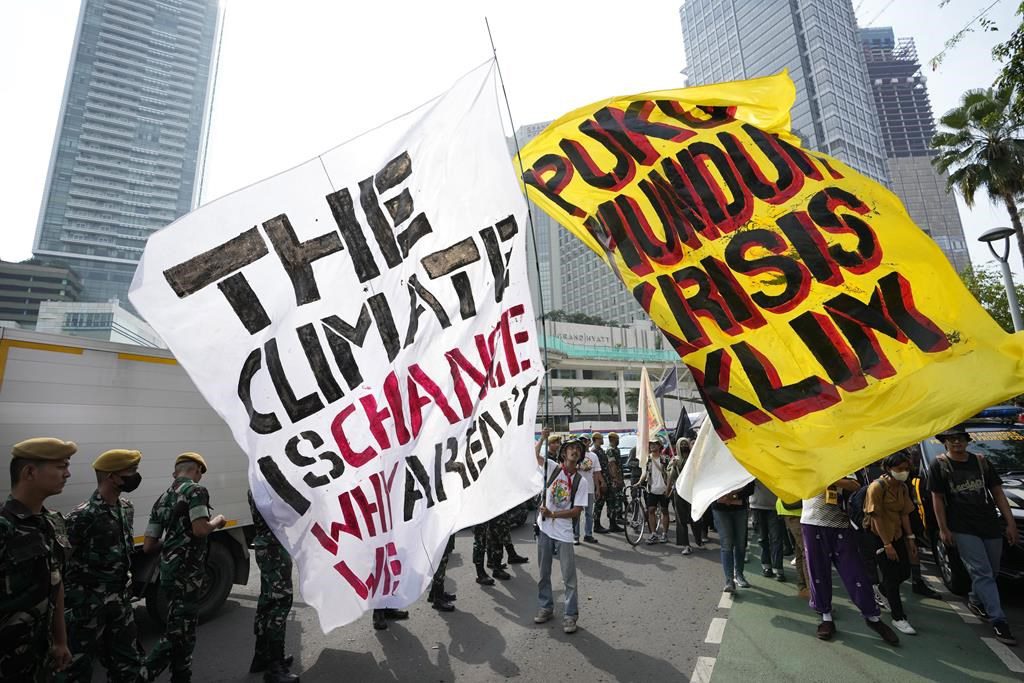 BERLIN (AP) — Youth activists staged a coordinated “global climate strike” on Friday to highlight their fears about the effects of global warming and demand more aid for poor countries hit by wild weather.

Protesters took to the streets in Jakarta, Tokyo and Berlin carrying banners and posters with slogans such as “We are worried about the climate crisis” and “It’s not too late.”

The demonstrations were organized by the Fridays for Future youth movement that took its cue from activist Greta Thunberg, who began protesting alone outside the Swedish parliament in 2018.

“We’re striking all over the world because the governments in charge are still doing too little for climate justice,” said Darya Sotoodeh, a spokesperson for the group’s chapter in Germany.

“People all over the world are suffering from this crisis and it’s going to get worse if we don’t act on time,” she said.

Thousands of people attended the rally in Berlin, which featured calls for the German government to establish a 100-billion-euro fund for tackling climate change.