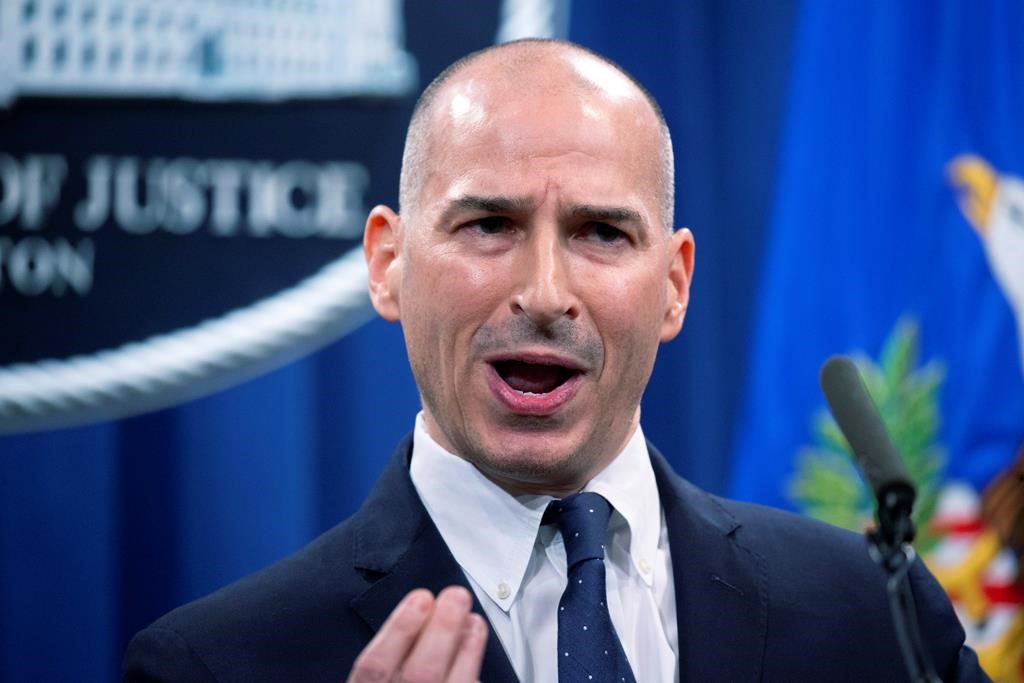 NEW YORK â€” The former acting U.S. attorney in Washington, who was under investigation over an interview to CBS' "60 Minutes" about the Jan. 6 Capitol attack, has left the Justice Department and can no longer be subject to any potential disciplinary action for the interview.

Michael Sherwin is no longer an employee at the Department of Justice, agency spokesman Joshua Stueve said. He would not answer questions about whether the investigation would continue, even though Sherwin would no longer be subjected to any sanctions from the Office of Professional Responsibility.

Sherwin, who until recently was leading the investigation into the Jan. 6 riot, suggested during the interview that some of the rioters could face rarely used sedition charges, something he had suggested previously in several news conferences. Days before the interview aired in March, Sherwin was replaced as the top prosecutor in the nation's capital.

Sherwin, who had been named U.S. attorney in Washington by then-Attorney General William Barr, was slated to return to his prior position as a federal prosecutor in Florida. For years, Sherwin had worked as a career federal prosecutor on drug trafficking, white-collar and top national security cases.

After leaving the Justice Department in recent weeks, he joined a law firm in Washington.

Sherwin had been planning for months before the investigation to leave the Justice Department and had stayed on at the request of Attorney General Merrick Garland’s transition team. He has been continuing to co-operate with the inquiry, even after he left the department, a person familiar with the matter told The Associated Press. The person could not publicly discuss the matter and spoke to the AP on condition of anonymity.

A judge overseeing one of the conspiracy cases that stemmed from the Jan. 6 riot scolded the Justice Department over the "60 Minutes" interview and warned that further press statements could lead to a gag order or sanctions.

During a court hearing, John Crabb, the chief of the U.S. attorney's office's criminal division, said the matter had been referred to the Justice Department's Office of Professional Responsibility for investigation. It was highly unusual for the Justice Department to disclose such an investigation, in part because federal law seriously curtails the information the government can publicly disclose about personnel actions.

Sherwin first floated the possibility of seditious conspiracy charges, which carry up to to 20 years in prison, in January and said that a special group of prosecutors was examining whether they would apply to any of the rioters. But prosecutors have yet to levy the charge in any of the cases.

If misconduct is found in internal investigations, employees could be reprimanded, suspended or removed from their position. But the office doesn't have any authority to subpoena witnesses or issue subpoenas for documents from anyone who doesn't work at the Justice Department. Current employees could face disciplinary action for failing to co-operate.