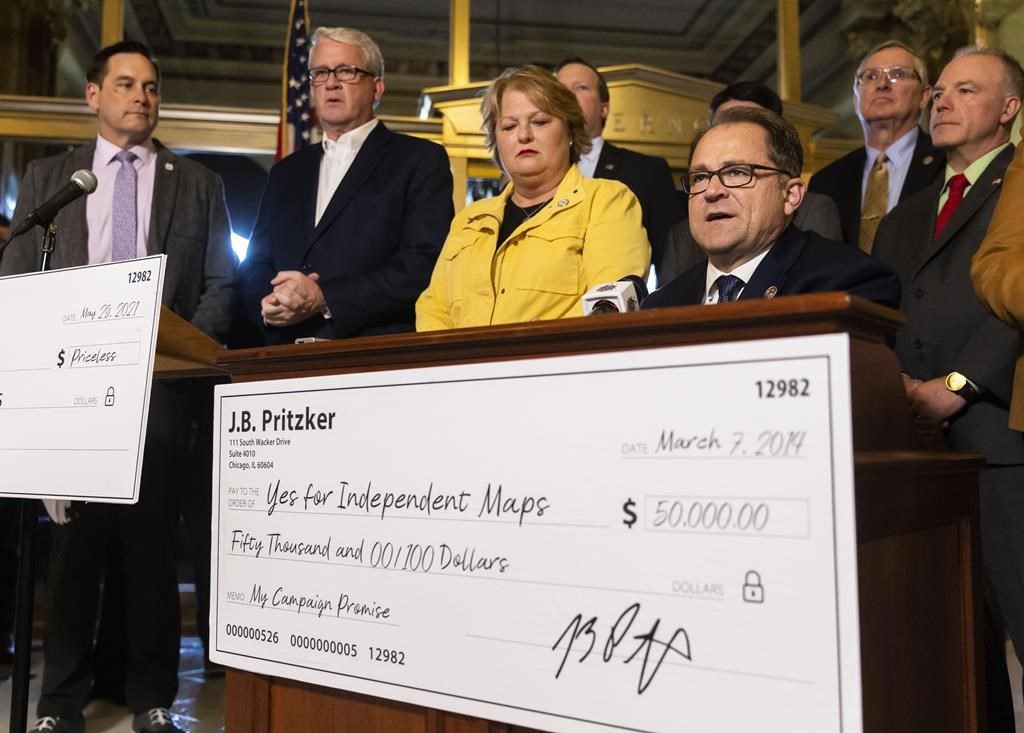 SPRINGFIELD, Ill. (AP) — Gov. J.B. Pritzker on Friday signed a law establishing legislative district maps to govern elections for the next 10 years after promising as a candidate that he would veto maps drawn by politicians.

Pritzker said in a statement Friday that the lines drawn exclusively by Democrats who control the General Assembly preserve minority representation and follow the strictures of the federal Voting Rights Act.

“Illinois’ strength is in our diversity, and these maps help to ensure that communities that have been left out and left behind have fair representation in our government,” Pritzker said. “These district boundaries align with both the federal and state Voting Rights Acts.”

The Democrat also signed laws to approve new districts for the Illinois Supreme Court — the first in more than half-a-century — and the Cook County Board of Review.

As a candidate for governor in 2018, Pritzker voiced support for an independent commission to draw maps and removing political considerations in placing the lines. He vowed to veto any map authored by politicians, such as these.

But this month, he backed away from the pledge, noting the independent process never materialized. He instead said he would nix an “unfair” map.

“He (Pritzker) cares more about keeping power for his political friends than fair elections where the people of Illinois can pick their elected officials, instead of politicians picking their voters,” the Republican from Hawthorn Woods said. “He proved today that he’s just another old-school, tax-raising politician who cannot be trusted.”

Political lines must be redrawn after each decennial Census to reflect population shifts and preserve voting rights. But the data whose collection requires the remap won’t be available year until late summer because of delays caused by the COVID-19 pandemic.

Republicans and many activists with left-leaning philosophies criticized the maps and their creation because Democrats relied on outdated Census data. Democrats pointed to a June 30 deadline for the Legislature to produce maps, but that constitutionally set date merely marks the period after which Democrats would lose exclusive control over them.

Another piece of legislation adopted this week delays the March 2022 primary, which includes the race for governor, until June 28, in part because lawmakers will delay drawing congressional districts until after receiving the official Census data.