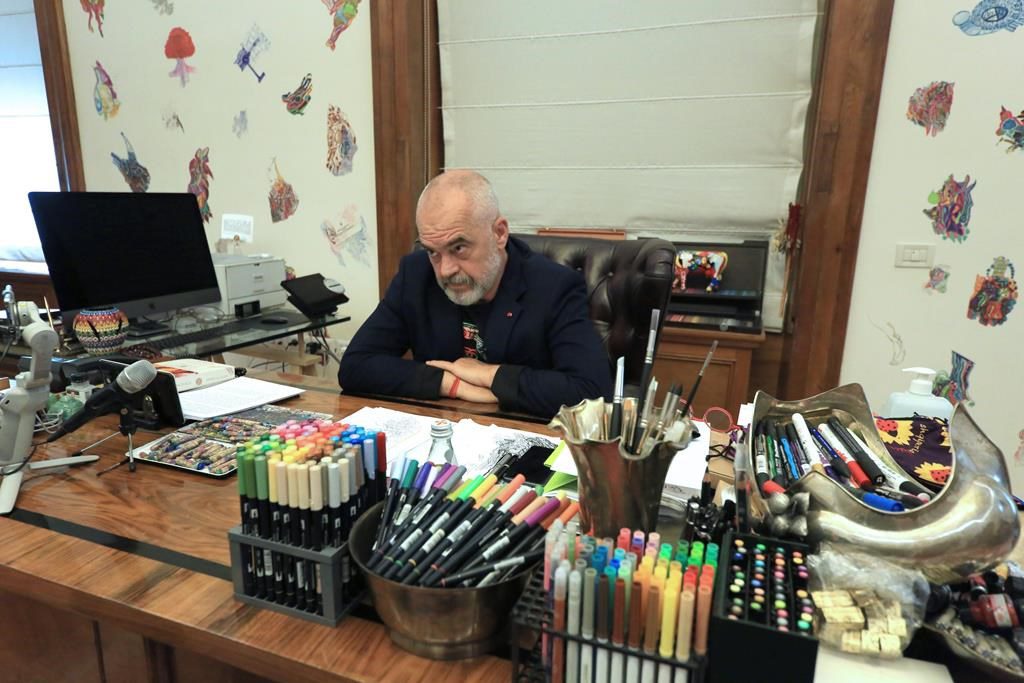 TIRANA, Albania â€” Albania’s prime minister hopes to win reelection this weekend so he can work on making one of Europe’s poorest countries a "champion of tourism."

The negative impact of the coronavirus pandemic on Albania’s economy is a key issue in Sunday’s parliamentary election, which the European Union has made a condition of starting full negotiations to admit the small Balkan nation as a member. Irregularities have marred previous elections in post-communist Albania.

Incumbent Prime Minister Edi Rama cited a new international airport that opened Sunday, a construction agreement reached Monday for another airport on the country’s 200-mile-long coastline, and plans to turn its main cargo port of Durres into a destination for only ferries, yachts and other pleasure boats as a promising sign.

"We are on the right path to transform this country into the Western Balkans champion for tourism" Rama said Tuesday in an interview with The Associated Press.

Pre-election polls have shown Rama’s left-wing Socialist Party is likely to place first in the election.

Albania attracted more than 6 million tourists in 2019, when tourism accounted for about 9% of gross domestic product. Preliminary 2020 figures from the Tourism Ministry show at least a 40% decline in tourism revenue, attributed to the coronavirus pandemic. An overnight curfew, social distancing rules and other virus-control measures ordered by the government have mostly affected hotels, restaurants and cafes.

As part of the country’s mass vaccination program, the government has given priority for shots to hotel and restaurant workers, as well as the operators of private homes rentals along the coast or in mountain resorts.

After previous complaints about a delay, Rama thanked the European Union’s executive arm for donating 145,000 vaccine doses to Albania. Albania launched its vaccination drive with a half-million shots developed in China.

Brussels gave the green light to Albania and North Macedonia late year for the launch of full membership negotiations, but no date has been set for the first meeting.

"The integration process…is a process of overcoming obstacles. We have no other choice. We have to continue and fight and be there, and we will," he said.

Albania saw a 3.31% drop in GDP in 2020 due to the pandemic and a fatal magnitude 6.4 earthquake in November 2019 that caused significant damage.

The next steps for the country are "leaving behind the pandemic and the earthquake consequences and bringing Albania up," the prime minister said.