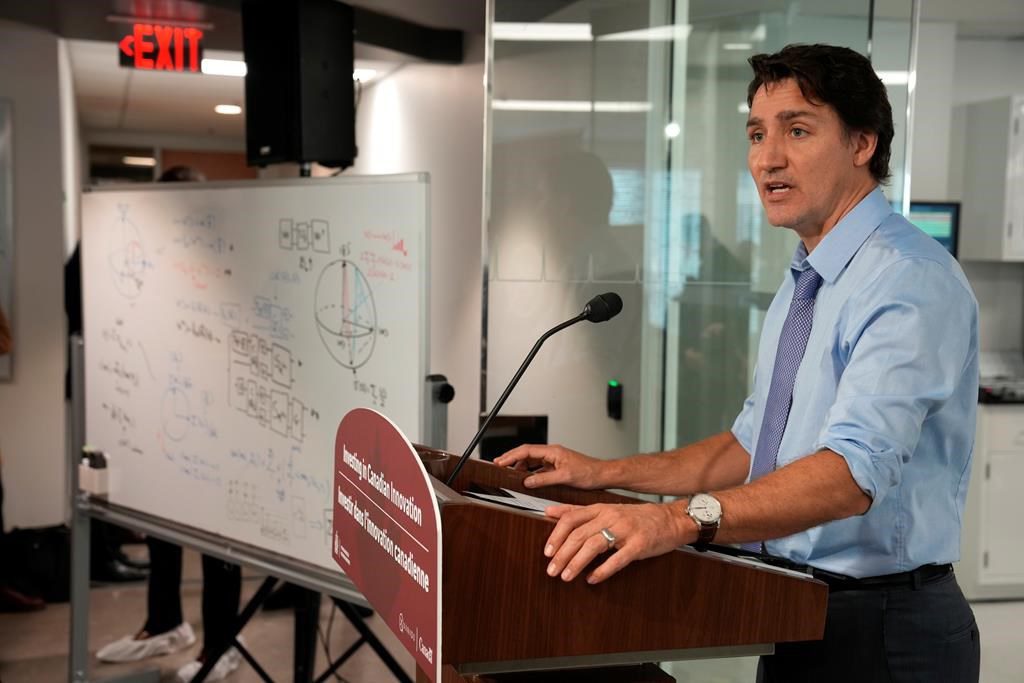 OTTAWA — Prime Minister Justin Trudeau says provinces should not be pre-emptively using the notwithstanding clause, because it means “suspending fundamental rights and freedoms.”

Quebec Premier François Legault accused Trudeau over the weekend of attacking the province’s “democracy and people” by suggesting he would limit the use of the notwithstanding clause.

The notwithstanding clause allows Parliament or provincial legislatures to override certain sections of the charter and invoking it ahead of time prevents courts from weighing in.

Legault was responding to comments Trudeau made during an interview with La Presse, when he said he is thinking about asking the Supreme Court to answer questions on its use.

Legault’s government had pre-emptively invoked the notwithstanding clause on the Quebec secularism law, known as Bill 21, which forbids some public servants in positions of authority from wearing religious symbols on the job.

Trudeau, whose government plans to intervene when Bill 21 reaches the Supreme Court, says he will continue to work with provinces on shared priorities and brushed aside concern Legault’s comments would impact ongoing negotiations with premiers over health-care funding.