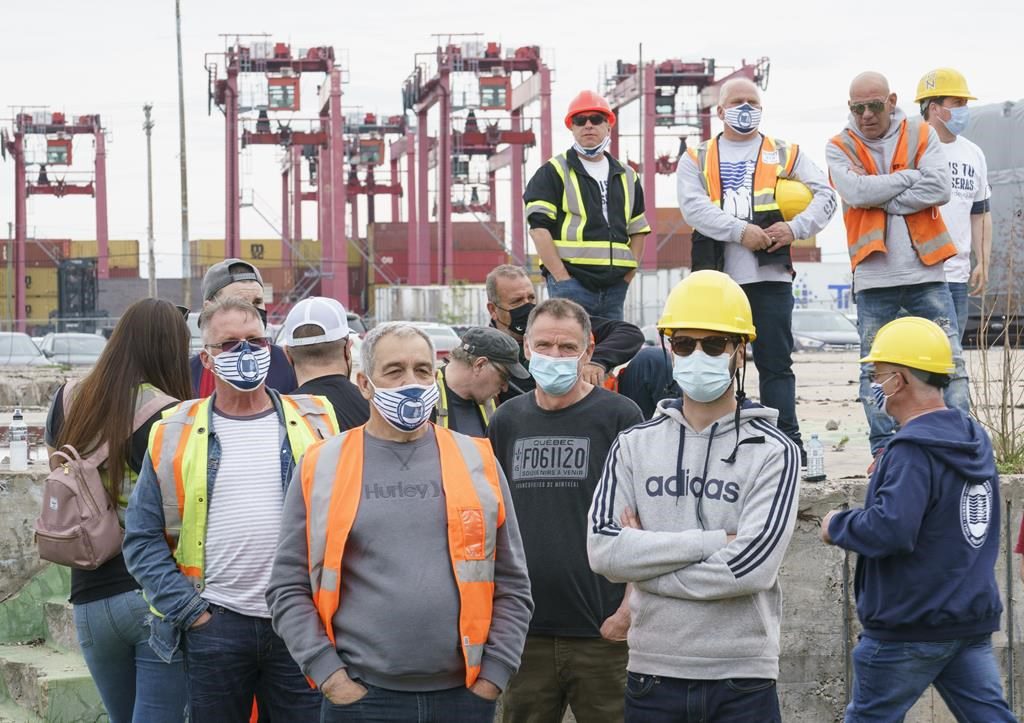 MONTREAL â€” Operations at the Port of Montreal were expected to resume gradually beginning Saturday after the Senate passed legislation forcing striking workers back on the job.

The House of Commons approved the bill Thursday, and it was debated and approved by the Senate late Friday.

The Maritime Employers Association issued a brief statement Saturday saying activities at the port would gradually ramp up.

The Port of Montreal said resuming operations and reestablishing the normal flow of goods will take several days and clients waiting to import or export goods should expect delays.

“The process established by the legislation will lead to establishing a new collective agreement between the parties, with no possibility of work stoppages,” the port authority said in a statement.

“While a prior settlement between the parties would have been preferable, the strategic character of port operations has led to a decision that highlights the need to resume this major economic activity.”

About $275 million worth of goods moves through Port of Montreal docks each day, including food, pharmaceuticals and construction equipment.

Michel Murray of the Canadian Union of Public Employees local that represents the dockworkers has called the federal back-to-work legislation an attack on the workers’ constitutional right to strike.

He told reporters at a May Day protest in Montreal on Saturday the union would take legal action and file complaints with the International Labour Organization.

A spokeswoman for the union confirmed that its members would be back on the job as of Sunday.

The new legislation stipulates that a mediator-arbitrator will be selected in the coming days and the most recent collective agreement will be extended until a new deal is established.

The 1,150 workers at the port have been without a contract since December 2018.