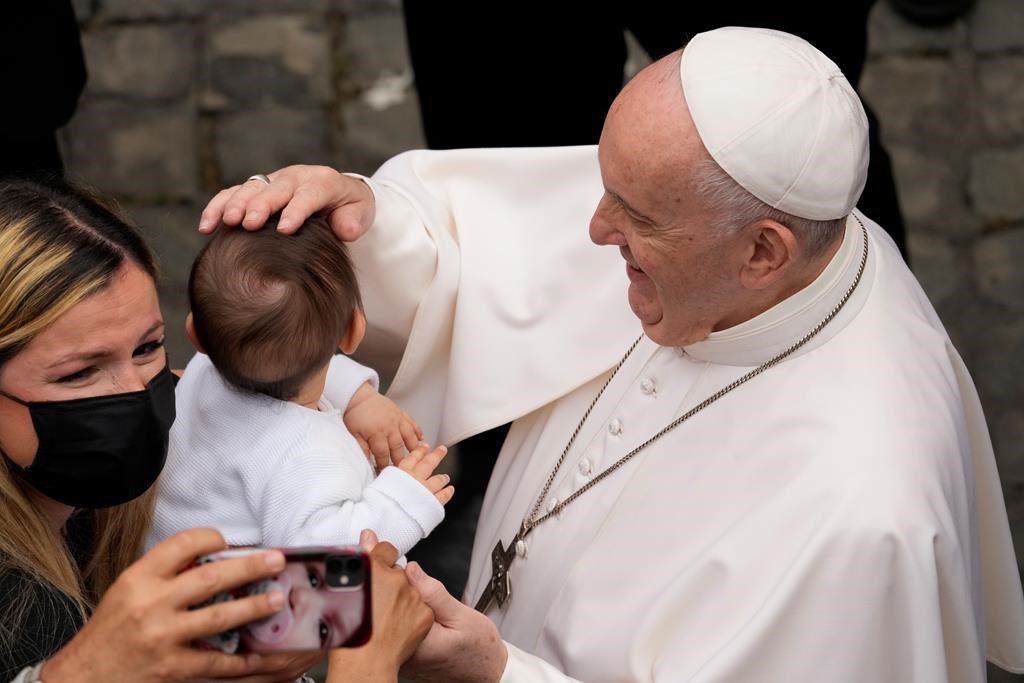 According to the Vatican’s daily roster of papal audiences, the pope was scheduled to meet today with Cardinal Marc Ouellet, prefect of the Congregation for Bishops, and Cardinal Michael Czerny, a top official in the Vatican’s migrants and refugees portfolio.

There was no indication of what the meeting about. Past listings show Pope Francis meets weekly with Ouellet, but rarely with Czerny.

The meeting came a day after the United Nations called on Canadian authorities and the Catholic Church to conduct “thorough investigations” into the remains of 215 Indigenous children found last month at the site of the former Kamloops Indian Residential School in British Columbia.

The Kamloops school operated between 1890 and 1969, when the federal government took over operations from the Catholic Church and ran it as a day school until it closed in 1978.

Prime Minister Justin Trudeau also put pressure on the Catholic Church Friday, calling on officials to “step up” and take responsibility for its role in Canada’s residential system and urging them to release records on the schools.

This report by The Canadian Press was first published June 5, 2021.