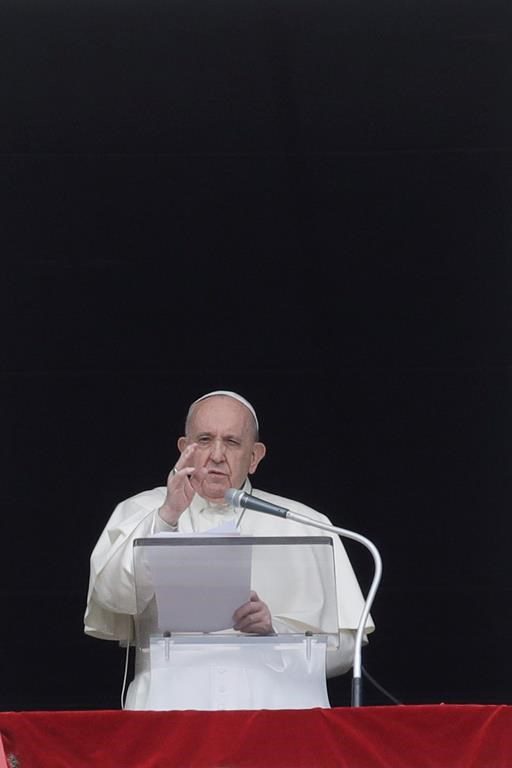 VATICAN CITY â€” Pope Francis on Sunday voiced apprehension over a recent Russian troop buildup near the border with Ukraine and called for efforts to ease tensions in the 7-year conflict in eastern Ukraine pitting Ukrainian forces against Russia-backed rebels.

Ukrainian authorities say cease-fire violations have become more frequent in recent weeks, with nearly 30 troops killed this year. They accused Russia of fueling tensions by deploying 41,000 troops near the border with eastern Ukraine and 42,000 to Crimea, where Russia maintains a large naval base.

“I observe with great apprehension the increase of military activities," Francis said in remarks to the public gathered in St. Peter's Square.

"Please, I strongly hope that an increase of tensions is avoided, and, on the contrary, gestures are made capable of promoting reciprocal trust and favouring the reconciliation and the peace which are so necessary and so desired,? Francis said.

"Take to heart the grave humanitarian situation facing the population, to whom I express my closeness and for whom I invite prayers," the pope said before praying aloud for his intentions.

Ukraine accuses Russia of fueling tensions with its troop deployment, while Russia has sought to justify the buildup as part of readiness drills organized in response to what it claims are NATO threats.

The United States and NATO say the concentration of Russian troops is the largest since 2014, when Russia seized Ukraine’s Crimea Peninsula and fighting broke out between Ukrainian forces and the separatists in eastern Ukraine.

Beside contending there are threats from NATO, Russia has cast the buildup as a necessary security precaution amid what it described as Ukraine's provocations along the line of control.