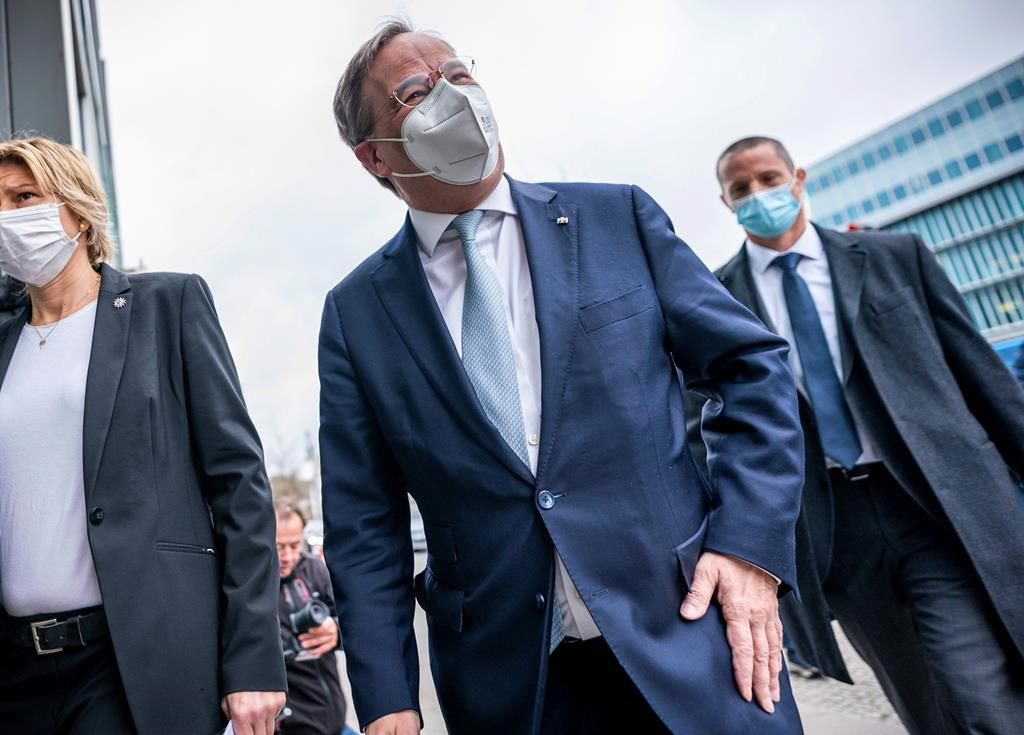 Laschet is the leader of Merkel’s Christian Democratic Union, and has rallied the party’s leadership behind his bid to run as chancellor.

Soeder, the leader of the CDU’s smaller Bavarian sister party, the Christian Social Union, has resisted pressure to resolve the matter immediately, however, saying it needs to be discussed with people beyond senior party officials.

The poll of 1,174 people had a margin of error of plus or minus two to three percentage points.

Perhaps more important as the bloc considers whom to choose, was an INSA poll done this week for Bild newspaper and released Friday. It indicating that with Laschet as the candidate the union bloc was polling at 27 per cent support, one point below its current ratings as measured by the agency, while with Soeder it sat at 38 per cent support.

INSA’s poll had a margin of error of plus or minus 3.1 percentage points.

Laschet has dismissed the importance of the polls, noting that the elections are months away and that he has overcome poor numbers in state races in the past.

After a meeting on Tuesday of the two parties' joint parliamentary group in Berlin, both men emerged to say that the talks were productive and that they hoped to have a decision by week's end.

There was no indication early Friday, however, that any announcement was imminent.

Germany's parliamentary election on Sept. 26 will determine who succeeds Merkel, who isn't seeking a fifth term after nearly 16 years in power.