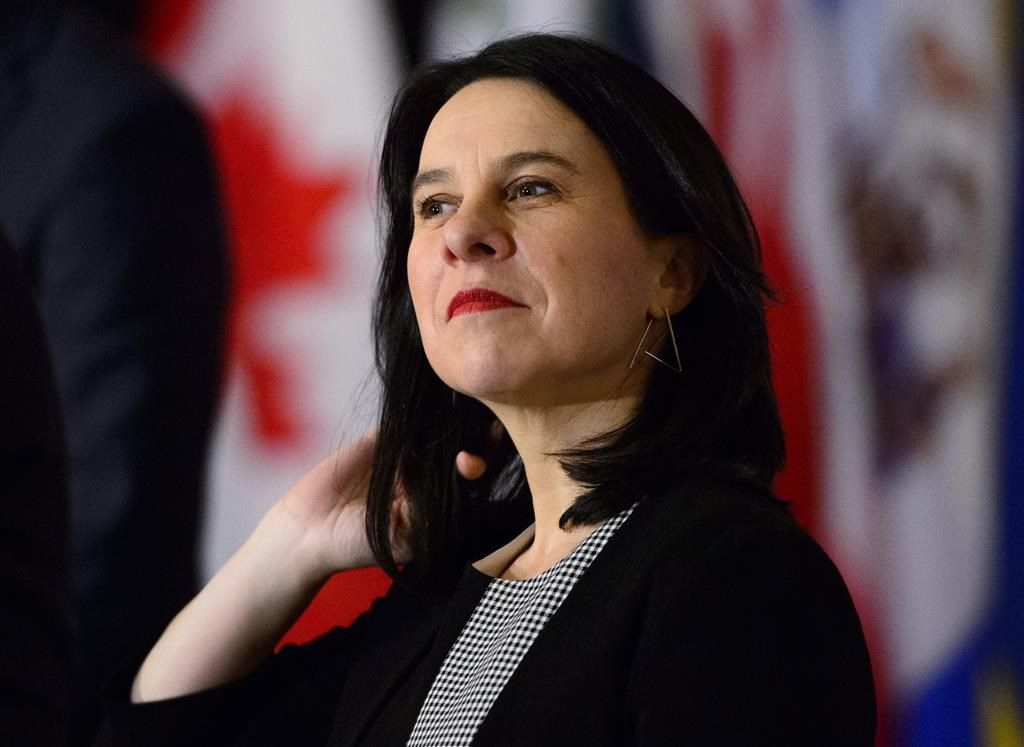 MONTREAL â€” The political party governing Montreal is questioning whether all city police need to carry firearms at all times.

Projet Montreal adopted a motion during the municipal party’s recent convention, calling on the city to "review the need for all police officers to carry a firearm, and set in motion a pilot project for this purpose.”

The motion says the party wants to take inspiration from “certain European countries,” where only special police brigades carry firearms. It is the party’s latest response to the debate around the role of police, following the killing of George Floyd in Minneapolis last year, which sparked protests around the world, including in Montreal.

The motion drew a swift response from the union representing the city’s police officers, which said the proposal indicates Mayor Valerie Plante and her party “lack pragmatism.” And a criminology expert in Montreal says the motion might be a sign American culture and politics are unduly influencing Montreal public policy.

Party spokesperson Genevieve Jutras says Plante isn’t interested in defunding or disarming the city’s police force. Security remains a priority for the city administration, she said in an interview, adding that the proposal to disarm part of the police force calls for a pilot project to see if and how the measure could work in Montreal.

“The proposal only looks at potentially establishing a pilot project on community immersion, for example," Jutras said.

A separate motion adopted at the convention suggests “reforming and reorienting the financing” of the police budget toward services that are better adapted to the needs of citizens.

Yves Francoeur, head of the police brotherhood, wrote a letter to his union members earlier this week in which he said many officers "have already noted the mayor's party lacks pragmatism with respect to police officers and their protection, as well as the protection of the public."

The letter tried to frame the mayor and her party as naive to the realities of the city. He said Montreal is located “a few dozen kilometres from a porous border, beyond which we find the largest reservoir of firearms on the planet,” referencing the United States.

"Weapons which, over the past year, have sparked an outbreak of urban violence in Montreal."

Remi Boivin, Universite de Montreal criminology professor, said care should be taken not to view Montreal through an American lens in regard to policies on policing.

"What's happening in the United States clearly has an impact on Quebec's perceptions, but it's not always appropriate," Boivin said in a recent interview. "Events where police officers use their firearms are really rare. But we will repeatedly hear about them, and it strikes the imagination."

Boivin argues that the question should instead focus on whether we need police officers as first responders in all situations.

Another motion adopted by Plante’s party calls for the police to be better trained on how to intervene during a mental health crisis, on alternatives to the use of force and on how to avoid racial profiling.

This report by The Canadian Press was first published on April 15, 2021.