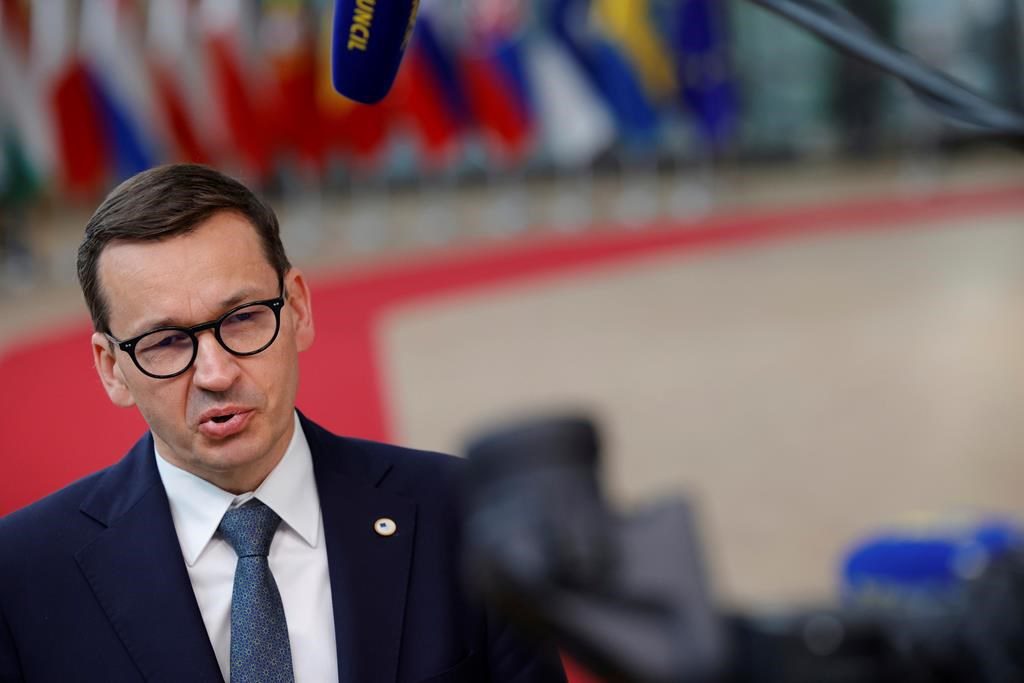 WARSAW, Poland (AP) — Poland’s Prime Minister Mateusz Morawiecki says he wants to reach “some kind of accord” with the European Union amid a standoff over the way Poland’s government has sought to discipline judges and other judicial changes.

His comments, following similar remarks from President Andrzej Duda, seem to be preparing the ground for some changes to the way the right-wing government approaches changes to the justice system.

Since the ruling party took power in 2015, it has overhauled the justice system in a way that has given the party new powers over the courts and appointment of judges. The changes have drawn strong criticism and warnings of sanctions from the EU, which considers the changes undemocratic.

Morawiecki said in an interview for the pro-government Republika TV late Sunday that his government appreciates EU membership and for that reason needs to smooth out relations with Brussels.

“The situation is complex because we are an EU member, we want to be in the EU, we benefit from free trade, Polish companies are growing, employees have higher earnings,” Morawiecki said.

“For that reason we must achieve some kind of accord with the EU,” Morawiecki said.

He said he will propose amendments to the way that judges are disciplined, recently the most controversial issue.

Last month the EU Court of Justice said new procedures for disciplining judges must be changed and the Supreme Court’s Disciplinary Chamber — creating by the ruling party — must be immediately suspended because it undermines judicial independence and contravenes EU law. The EU court noted political influence on the appointment of the disciplinary body’s members.

The EU’s executive body, the European Commission, gave Poland until Aug. 16 to heed the injunctions, or face financial sanctions.

The government in Warsaw has long argued that it has sole responsibility for the nation’s justice system and that its constitution is above the EU law.

But now Morawiecki and Duda seem to be suggesting a change of position. The Supreme Court president has also spoken in favor of amending the disciplining procedures to ensure they are in line with EU law.

The ruling has been repeatedly postponed, recently to Aug. 31.

Countries that join the EU are supposed to bring their laws and regulations in line with other member nations in areas ranging from competition and trade to justice affairs and corruption, among many others.

Poland, a former communist state, joined the bloc in 2004, and the economic growth and travel freedoms that have come with membership have made EU membership very popular among Poles.