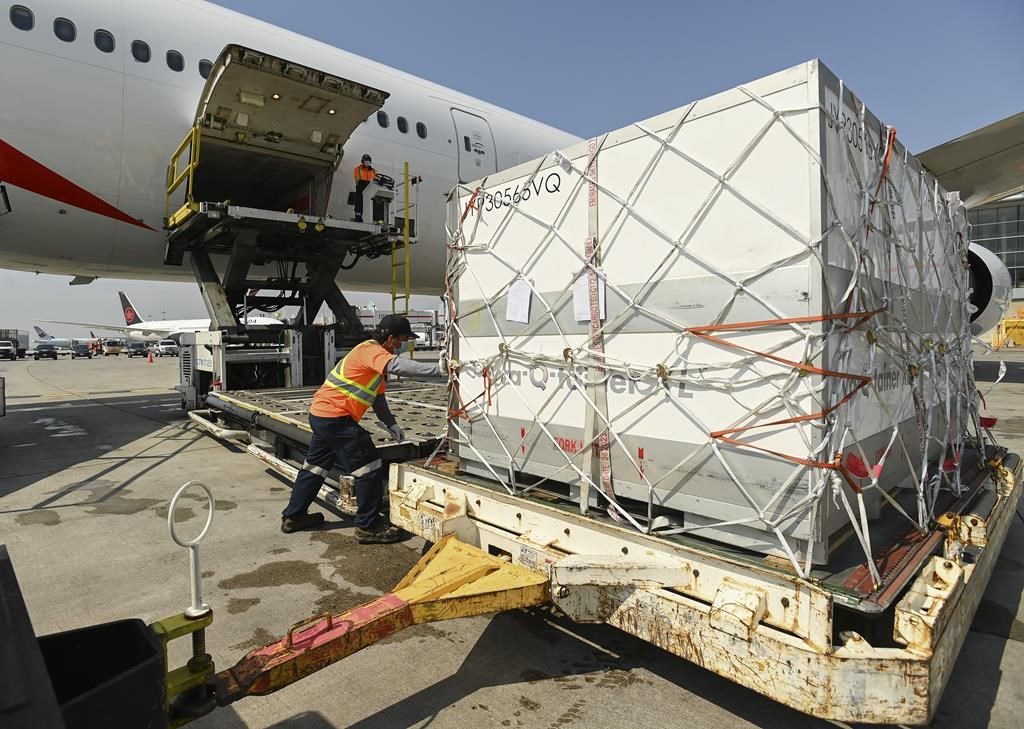 OTTAWA â€” Plans to distribute the first 300,000 doses of the Johnson & Johnson COVID-19 vaccine next week are on hold after Health Canada learned part of them were manufactured at a Maryland facility that messed up the ingredients in 15 million doses bound for the U.S. market.

The Emergent Biosolutions facility in Baltimore was recently cited by the U.S. Food and Drug Administration for violations including cleaning and sterilization failures, the potential for cross-contamination and failure to follow required protocols.

The FDA ordered the facility to stop making more J&J vaccine until the problems are corrected and the earlier mistake on the doses resulted in all 15 million being destroyed.

Health Canada had already cleared 1.5 million doses of the Oxford-AstraZeneca vaccine made at the facility, but did not think the Canadian J&J doses had any connection to that plant.

Now Health Canada says the drug substance that makes up part of the J&J vaccine was actually produced there and then shipped elsewhere for the vaccines to be finished.

Health Canada says it is seeking information from the FDA and J&J's pharmaceutical arm, Janssen, to determine if the 300,000 doses shipped to Canada meet required safety standards.

“As with all vaccines imported into Canada, the Janssen vaccines will only be released for distribution once Health Canada is satisfied that they meet the Department’s high standards for quality, safety and efficacy,” Health Canada said Friday evening in a release.

“Health Canada has rigorous processes in place to continually monitor the quality of vaccines that are administered to Canadians.

“We will continue to ensure that products coming from the Emergent facility, or any other facility, will only be imported and distributed in Canada if they are of high quality and safe for use.”

Until Friday, Health Canada had refused to say where Canada's doses had been made, citing fear of disrupting a confidential supply chain.

The J&J vaccine has not been used in Canada so far, and the National Advisory Committee on Immunization hasn't yet provided guidance on how they think it should be used.

The doses arrived in Canada on Wednesday and are in holding at the Innomar Strategies facility near Toronto’s Pearson airport. Innomar is contracted to receive and redistribute all vaccines in Canada, except Pfizer-BioNTech. That vaccine is shipped directly to provincial governments.

This report by The Canadian Press was first published April 30, 2021