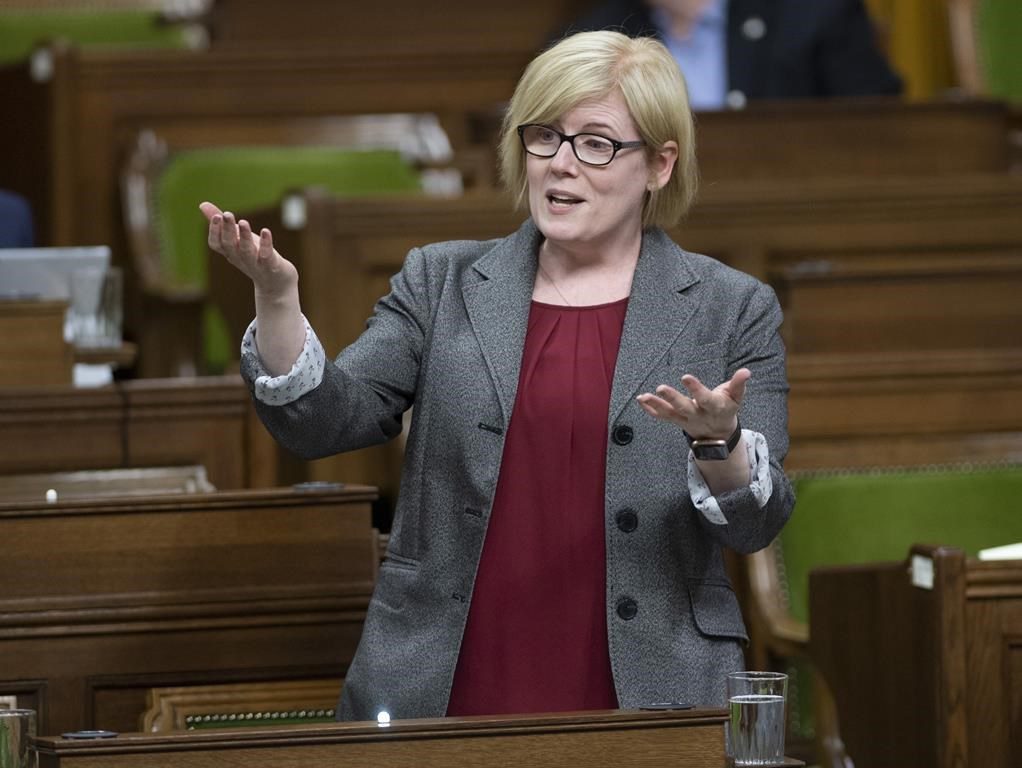 She also said the government will have to carefully make changes to the system so tinkering with one part of the decades-old system doesn’t cause a cascade of problems.

The shortcomings in EI, flagged for years by experts, have been exposed by the pandemic, including that not every worker is covered, nor can everyone who is covered get benefits when they need them.

Temporary changes to ease access, set a minimum weekly benefit rate of $500 and measures to speed up processing times were put in place last September for one year.

Qualtrough said the government will be sharing its vision and plan for a modernized EI system, including how to address September’s looming changes.

Speaking to a House of Commons committee on Thursday, Qualtrough also hinted that some of those details may be coming in Monday’s federal budget, joking that it would be a career-limiting move to scoop Finance Minister Chrystia Freeland.

The Liberals last fall vowed to modernize the 80-year-old social safety net that has ballooned in size and complexity since it first launched, and now runs on technology reliant in its oldest sections on programming language introduced in the 1960s.

But many of its weaknesses, pointed out by experts over the years, have been thrown under a spotlight during the pandemic as millions of workers were left without coverage, prompting the creation of the Canada Emergency Response Benefit and its successor the Canada Recovery Benefit.

Qualtrough said the government is considering the necessity of some kind of benefit for the self-employed, who can voluntarily opt into the current system, albeit cautiously.

“As we’ve looked around the world to see other countries and the success rate of doing this kind of benefit, it’s been challenging because it doesn’t have the natural checks and balance in the system that you would have when you’ve got employers and workers putting it in together,” she said.

Right now, for every $12 of funding into EI, employers pay $7 and employees pay $5 in premiums. Premiums have been frozen for this year and next, but are expected to rise thereafter to help cover the costs of extra benefits doled out during the pandemic.

A group representing thousands of small businesses nationwide said the majority of its members want that funding ratio changed so it is split 50-50 between employees and employers, and have over-contributions refunded to companies just like they are for workers at tax time.

Corinne Pohlmann, senior vice-president of national affairs for the Canadian Federation of Independent Business, said small businesses facing cash-flow issues from the pandemic are concerned about any changes to EI that would increase their costs.

Speaking to the committee after Qualtrough, Pohlmann asked the government not to do anything in next week’s budget to add significant costs to small employers in the form of premium increases.

“Now is not the time to be making permanent changes to the EI system,” she said.

“Many small businesses are struggling, and are singularly focused on finding ways to keep their business solvent to retain their own livelihoods and that of their employees.”