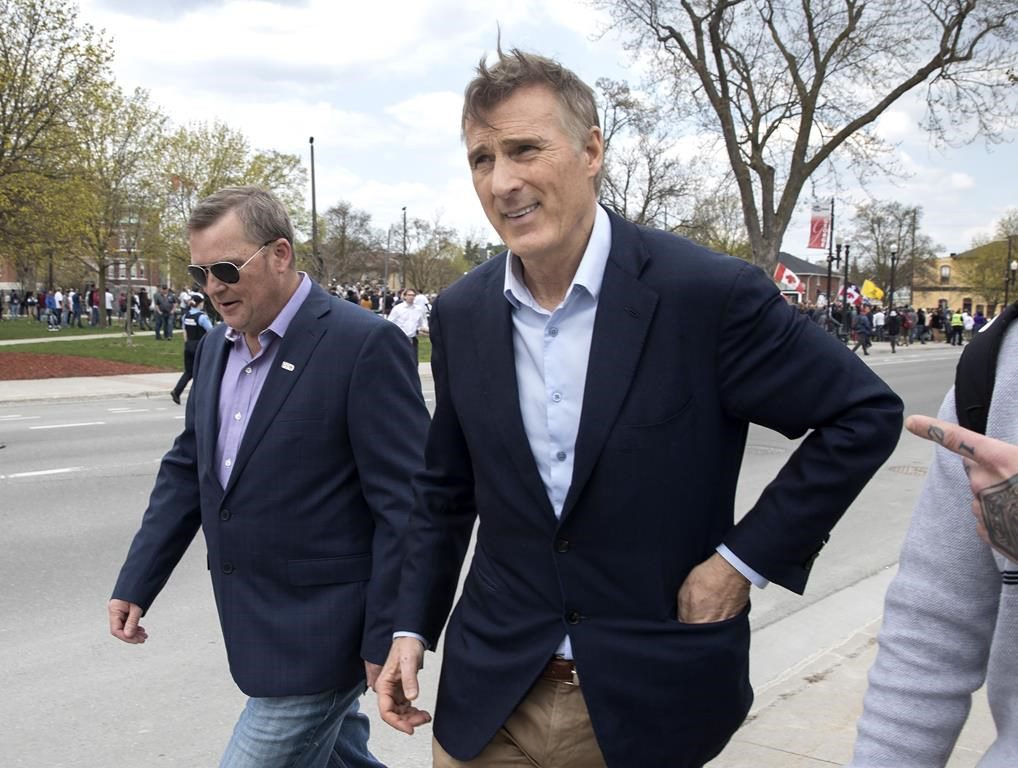 WINNIPEG — The leader of the People’s Party of Canada has been arrested in Manitoba after attending a rally against COVID-19 restrictions.

The arrest south of Winnipeg occurred before Bernier was to arrive at a protest in the city.

Bernier is a former federal Conservative who served as a cabinet minister in Stephen Harper’s government.

The People’s Party of Canada did not win any seats in Parliament in the 2019 election.

RCMP say Bernier will be brought before a magistrate.

“It is the duty of the RCMP to enforce the laws of Manitoba, and those include public health orders,” RCMP spokesperson Tara Seel wrote in an email Friday.

“Mr. Bernier knew of the health orders and (had) already received a ticket. The continuation of the offence of violating the current public health orders in Manitoba has resulted in his arrest.”

In a written statement that did not mention Bernier by name, Manitoba Justice said a Quebec man was arrested for “failing to follow public health orders as a result of unlawful gatherings today in Niverville and St-Pierre-Jolys and to prevent further offences related to attending, participating, and organizing public gatherings throughout the province.”

A video later posted to Bernier’s Twitter account showed an RCMP officer handcuffing Bernier and asking if he had any weapons.

“Only my words” was Bernier’s response.

Manitoba has had the highest per-capita COVID-19 infection rate in the country in recent weeks. The government has banned almost all public gatherings and has required anyone entering the province to self-isolate for 14 days. Bernier has been appearing at rallies throughout the country, including one in Waterloo, Ont., last weekend.

Manitoba is easing its ban on gatherings somewhat starting Saturday. People will be allowed to gather in groups of up to five on public property. They will also be allowed to have five guests outdoors at their homes.