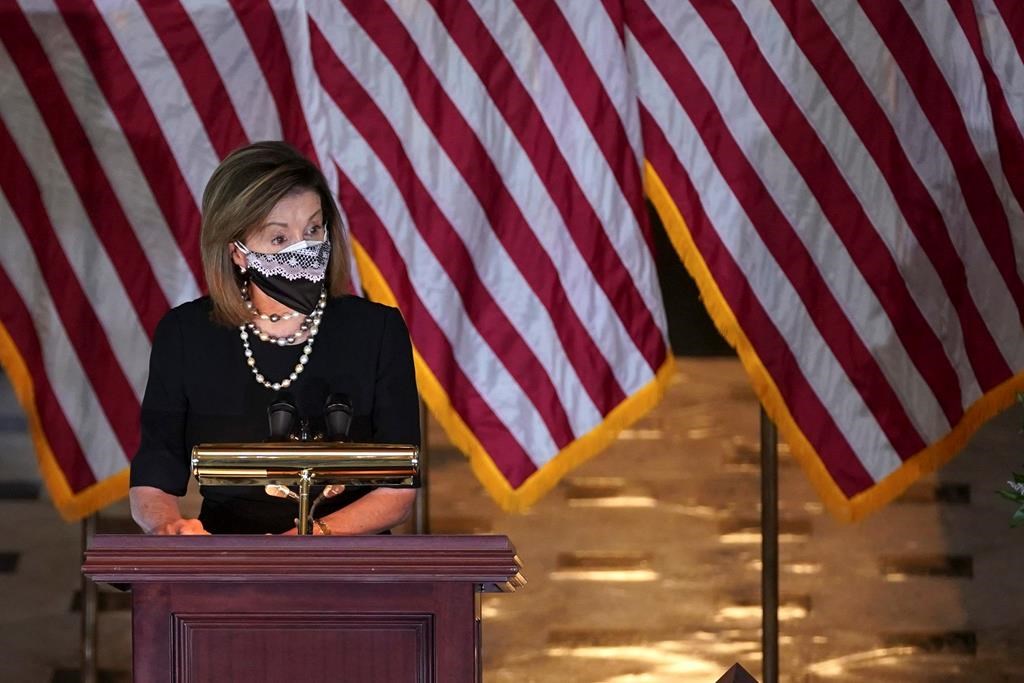 WASHINGTON â€” House Speaker Nancy Pelosi is renewing her push for a bipartisan commission to investigate the Jan. 6 Capitol insurrection, floating a new proposal to Republicans that would evenly split the panel’s membership between the two parties.

Pelosi first proposed a commission in February that would have had four Republicans and seven Democrats to "conduct an investigation of the relevant facts and circumstances relating to the domestic terrorist attack on the Capitol.” Republicans rejected it as inadequate.

The speaker said last week in a letter to colleagues that she had sent a new offer to Republicans and "we are determined to seek the truth” of Jan. 6, when hundreds of former President Donald Trump’s supporters broke into the Capitol and interrupted the certification of President Joe Biden’s victory.

A person familiar with the new proposal said it would create a commission evenly split between Republicans and Democrats, similar to the panel that investigated the 9-11 terrorist attacks more than 15 years ago. The person was granted anonymity to discuss the text of the offer, which Pelosi presented to her leadership team this week but has not publicly released.

It's unclear if the two sides will ever agree. Some Republicans allied with Trump have downplayed the severity of the insurrection and think the probe should look more broadly at unrest in the country. It's a symptom not just of the partisan tensions that run high in Congress, but of a legislative branch reeling from the Trump era, with lawmakers unable to find common ground, or a common set of facts, even after a violent assault on their institution.

The first draft of the bill to create the commission did not mention Trump or his calls for his supporters who broke into the Capitol to "fight like hell" to overturn his election defeat. But Republicans swiftly decried the broad latitude to investigate the causes of the insurrection. They also objected to a series of findings in the bill that quoted FBI Director Christopher Wray saying that racially motivated violent extremism, and especially white supremacy, is one of the biggest threats to domestic security.

The Republicans said the investigation should focus not just on what led to the Jan. 6 insurrection but also on violence in the summer of 2020 during protests over police brutality â€” a touchstone among GOP voters and an idea that Democrats say is a distraction from the real causes of the violent attack.

On Tuesday, Senate Republican leader Mitch McConnell said he’d had no discussions with Pelosi. He said the commission needed to have a partisan balance but also the scope of the investigation needed to be broader than just the insurrection.

"We've also had a number of violent disturbances around the country last year, and I think we ought to look at this in a broader scope and with a totally balanced 9-11 style commission," McConnell told reporters.

Feelings about the attack are still raw in the House, where Trump was impeached for "incitement of insurrection” one week after the attack. The former president was acquitted by the Senate in February.

McCarthy’s office said in a statement that "hopefully the Speaker has addressed our basic concerns of equal representation and subpoena authority" for Republicans on the panel.

Pelosi has said repeatedly that she will not concede to the Republican demands on the scope.

“It's not about examining Black Lives Matter,” Pelosi said last week. "It's about what happened on Jan. 6 and how we can prevent it from happening again."

As the commission has so far failed to gain traction, Pelosi has instructed several House committees to investigate different aspects of the siege. She has also said that a new select committee to probe the attack is "among the possibilities."