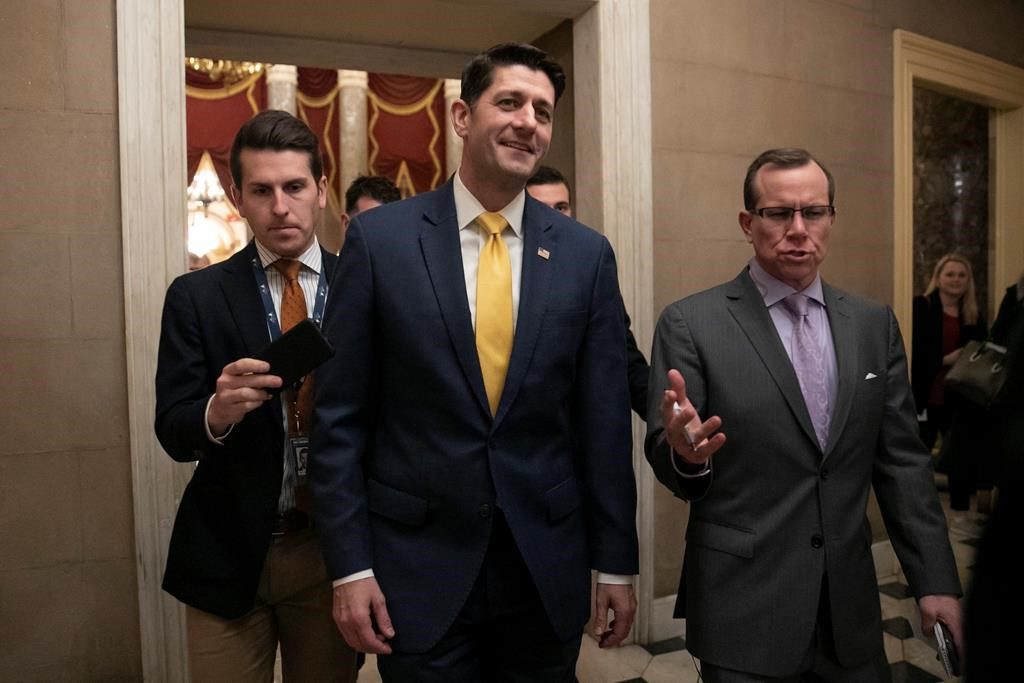 LOS ANGELES â€” Since the chaotic end of Donald Trump's presidency, the debate about the future of the Republican Party frequently comes down to a simple marker: Do you support Trump and his America First agenda, or not?

The either-or debate over fealty to Trump "is going to fade," the 2012 Republican vice-presidential candidate said in an interview with The Associated Press. "I think circumstances, ideas and new candidates are going to … overshadow that whole conversation."

The reckoning over what it means to be a Republican and how the party can rebuild is the inevitable result of 2020 loses that left the White House and Congress in Democratic control.

Assessing the way forward is "a normal growing pain for a party coming off of a presidential loss," Ryan said. "I think it's wrong to suggest that this party is bifurcated around one person."

His views on the GOP will be showcased next month as part of a speaker series at the Ronald Reagan Presidential Library, which is reopening its doors after more than a year-long pandemic closure. At issue: What is the future of the Republican Party?

Those behind the lectern will include a roster of potential 2024 presidential candidates, including former Vice-President Mike Pence, former Secretary of State Secretary Mike Pompeo and former U.N. Ambassador and South Carolina Gov. Nikki Haley, among others.

"We thought the timing was right" for discussing the GOP identity and the party's principles, said Roger Zakheim, Washington director of the Ronald Reagan Presidential Foundation and Institute.

The foundation said in a statement that the forum will provide a platform for "the purpose of reinventing the Republican Party as a true and modern conservative party with ideas deserving of the support of the American people."

The stage for the event will carry symbolic heft: The former Republican president and his wife Nancy Reagan are buried at the hilltop library in the city of Simi Valley, which celebrates his conservative legacy and all things Reagan.

"A lot of people on the right have fallen into the trap of identity politics. It's divisive, so it's immoral to begin with, but also it just doesn't work in the long run," Ryan said.

"If you're building an enduring political movement … it's got to seek to include everybody, with better principles and better ideas and better solutions," said Ryan, who sits on the library board and points to Reagan as a political lodestar.

Ryan will deliver the inaugural speech May 27 for the library's "Time for Choosing" forum, which takes its name from Reagan's 1964 address in support of Barry Goldwater's presidential campaign. Other speakers will follow on future dates.

Inevitably, Trump will be in the background. The former president has teased that he might attempt a 2024 comeback, and the party is broadly split between his loyalists who continue to promote his baseless claims of election fraud and those who believe he damaged the party and drove off voters, particularly in suburban battlegrounds where congressional control often is decided.

The former speaker pointed out that Republicans gained seats in the House in 2020, even as Trump faltered. Ryan, who left Congress in January 2019 and now is a visiting fellow at the American Enterprise Institute, had a tense, conflicted relationship with Trump. The former president, in turn, was critical of Ryan during his time leading the House.

Ryan sounded dubious when asked if he could become a 2024 candidate. "I'm really content where I am," he said.

"The Biden administration has moved far left and that, I think, is going to help us win Congress back," Ryan said, noting that the party that holds the White House typically loses congressional seats in midterm elections.

"It's going to take us a few years to sort out who are we, what do we believe?" Ryan said. "My … hope is that we rally around a set of principles and ideas and policies, not a specific person."