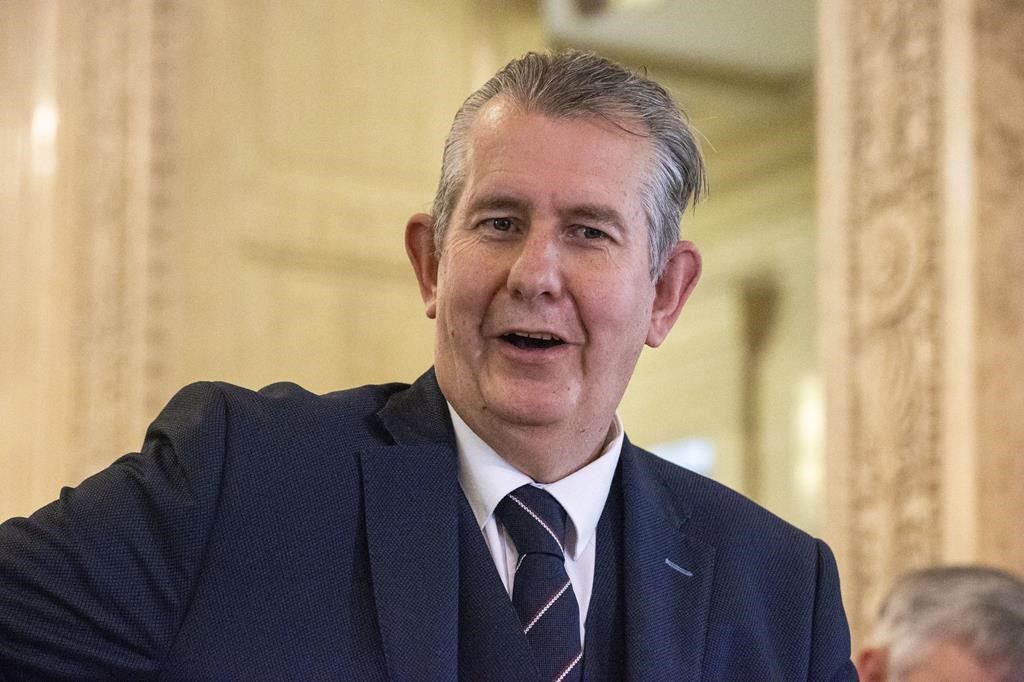 LONDON (AP) — Lawmaker Paul Givan is to become the new first minister of Northern Ireland, replacing Arlene Foster, who had been in post since 2015 and through the Brexit dramas of the past few years.

The recently elected leader of the Democratic Unionist Party, Edwin Poots, revealed Givan’s appointment while unveiling his team in Belfast on Tuesday. The new ministers, including the 39-year-old Givan, a former communities minister, will take up their posts on Monday.

“There is a huge responsibility that comes with this position, particularly in serving the people of Northern Ireland,” he said.

Poots, a religious conservative who was previously agriculture minister in the Northern Ireland Assembly, thanked Foster for her “excellent work.” Foster quit as leader and first minister in April amid recriminations in the party over the impact of Brexit on Northern Ireland.

Last month, Poots won a two-person contest to lead the DUP — the senior partner in the Catholic-Protestant power-sharing government in Belfast. He had said he wasn’t going to combine the job of party leader with that of first minister.

Poots is a Christian fundamentalist and a believer in creationism whose conservative views on social issues echo those of the DUP’s founder, the late Rev. Ian Paisley.

The party, which is rooted in the fundamentalist Free Presbyterian Church, opposed Northern Ireland’s 1998 peace accord. It later became reconciled to it and has shared power with the Irish Republican Army-linked party Sinn Fein.

The power-sharing relationship has often been strained and the Belfast administration was suspended for almost three years beginning in 2017 after it collapsed over a botched green energy project.

However, it is Britain’s economic split from the European Union at the end of 2020 that has really shaken the political balance in Northern Ireland, a part of the U.K. where some people identify as British and some as Irish.

The new arrangements have angered Northern Ireland’s British unionists, who say the new checks amount to a border in the Irish Sea, weaken ties with the rest of the U.K. and could bolster calls for Irish reunification.

Tensions over the new rules contributed to a week of street violence in Northern Ireland cities in April that saw youths pelt police with bricks, fireworks and firebombs.

Foster faced the wrath of party members for backing the Brexit divorce agreement that British Prime Minister Boris Johnson struck with the EU. She quit amid a party push to oust her.