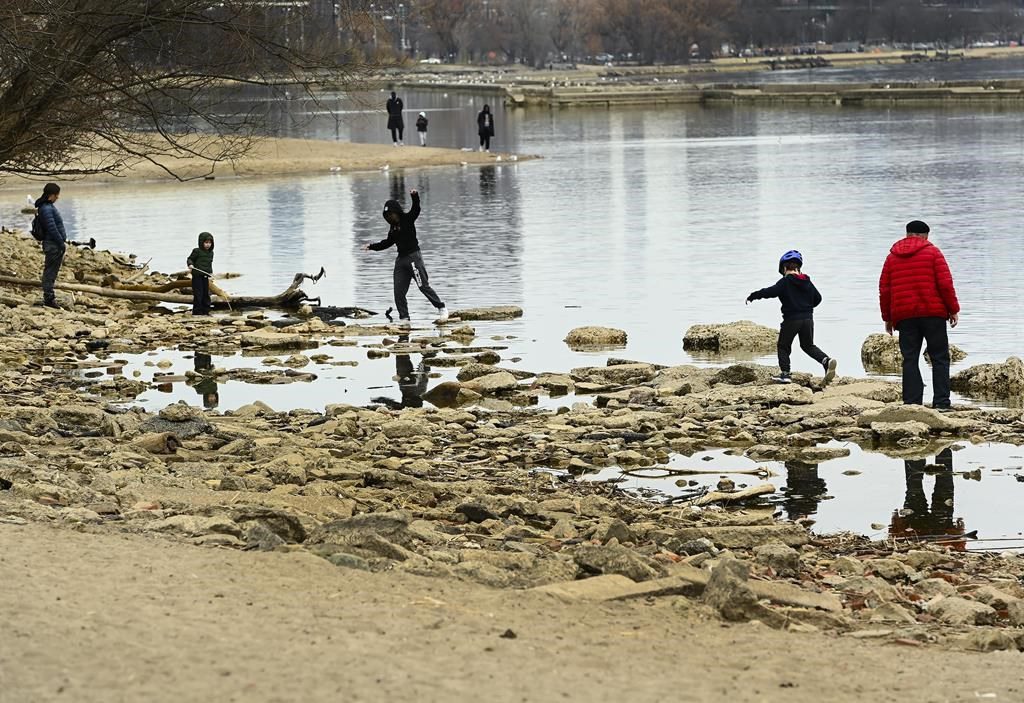 TORONTO â€” Panos Kelamis had to get creative for his son’s sixth birthday this year since, once again, he won’t be able to have a party due to the COVID-19 pandemic.

Celebrating with his friends at school is out of the question for the second year in a row. The cancellation of in-person classes nixed last year’s festivities, while this year the cause is the province’s decision to postpone the traditional March Break until this Monday.

Spring Break became still more complicated for parents across Ontario when the province moved to a third stay-at-home order last week, effectively shutting down camps, vacations and birthday parties among other activities.

Kelamis said he’s trying to be creative as he plans a celebration for his son.

“There’s a couple buddies of his in the neighbourhood, so we’re contemplating putting together a scavenger hunt,” he said. “So giving him a clue, then going to somebody’s house, obviously outside and socially distant, and they’ll give him another clue.

Kelamis said that when he told parents in his Toronto neighbourhood of the scavenger hunt, they were all keen to help out. Not just because it would be nice for Kelamis’s son, but because it would give their kids something to do over the break.

“As much as we can fill in a day, we’ll happily take that to avoid going crazy,” said Kelamis.

The government announced the decision to postpone March Break by a month earlier this year in a bid to discourage travel during the pandemic.

The latest stay-at-home order, which took effect on Thursday, is set to be in place for four weeks as the province grapples with a third wave of COVID-19 infections and hospitalizations. The province set a new single-day record for new cases on Sunday, logging 4,456 in a 24-hour period.

The stay-at-home order has shuttered non-essential businesses and banned in-person dining at the province’s restaurants.

Schools, however, will return to in-class learning when April Break is over, except in public health units like Toronto and Peel Region where local medical officers have not yet decided whether to reopen after the break.

Education Minister Stephen Lecce has said that keeping schools open is important for both children and parents.

“Our students deserve a safe return to their classrooms on April 19 so that they can keep learning, and we are committed to delivering on that,” Lecce said in a statement on Thursday.

That still leaves parents across Ontario a full week to keep their kids entertained, likely while having to work from home themselves.

Mark Silver, a father of three who is a technology executive and faculty member at York University’s Schulich School of Business in Toronto, wrestled with that dilemma last summer as camps in Ontario were closed to slow the spread of the novel coronavirus.

Silver and his friends and family pooled their resources together to create Backyard Camp, a free online resource for parents looking for children’s activities to do at home. He said he hopes parents will use his newsletter again this spring break or, if necessary, this summer.

“We’re kind of your backup plan. If you’re stuck with trying to figure out what to do, if you don’t have time to go to the store, we’re always going to be giving you ideas,” said Silver, who said Backyard Camp has developed 400 kids activities and plans to add more.

Note to readers: This is a corrected story. A previous version erroneously said that Toronto and Peel Region medical officers had decided to keep schools closed after the spring break. In fact, no decision has been made yet on opening plans.