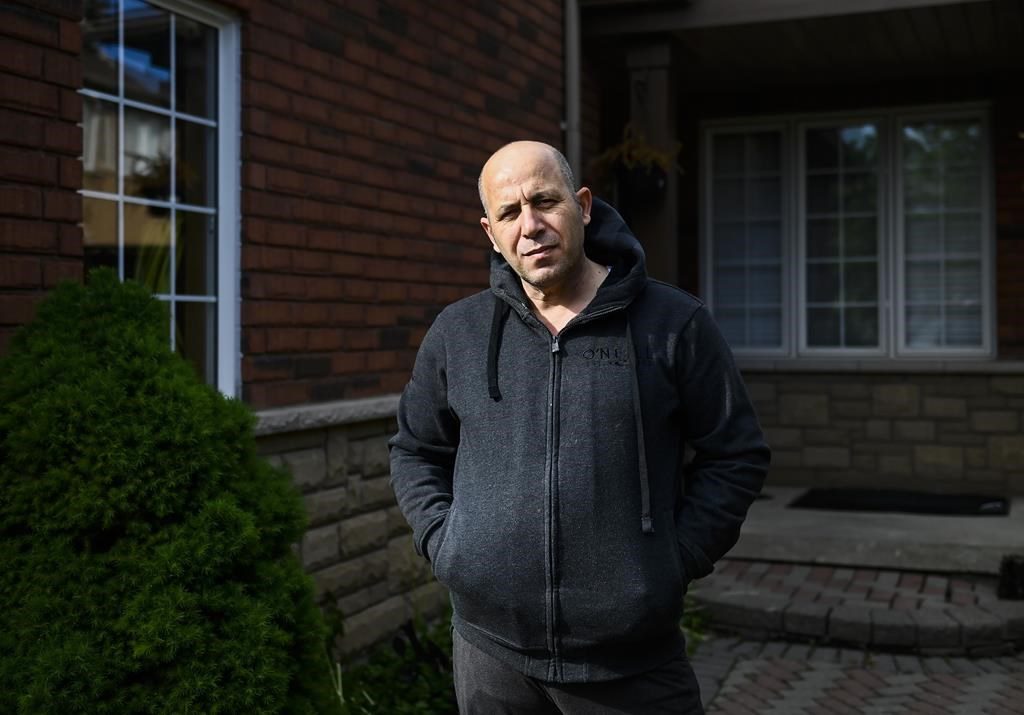 OTTAWA — When Mahmoud Khalaf’s wife and two children travelled from Canada to visit extended family in the Gaza Strip in April, they couldn’t imagine they would end up stranded there during a deadly war between Israel and Hamas.

Khalaf, an electrical engineer in London, Ont., said his wife took their five-year-old and two-year-old to visit family for the first time in seven years and wound up living through the horrors of the bombardment of Gaza.

“They have never experienced something like that,” he said. “For my kids, it was something very difficult and hard to understand what’s going on, especially coming from an environment where they never felt like they might die.”

Last week, a ceasefire ended the 11-day war that left hundreds of people dead and deteriorated Gaza’s already weakened infrastructure. The Gaza Health Ministry said at least 230 Palestinians died, including 65 children. Twelve people in Israel, including a five-year-old and 16-year-old, were killed.

Khalaf’s wife and children are among dozens of Canadians currently in Gaza, which has been under blockade since 2007. The main point of exit is through Egypt, but only a limited number of people are allowed to leave at a time and they must apply weeks in advance.

He and other Canadian residents with families in Gaza fear more bloodshed and are calling on the federal government to urgently help their loved ones evacuate.

“As a government, they should be taking care of their people,” said Khalaf. “Right? I mean, that’s the government’s job.”

Global Affairs Canada didn’t answer questions on whether the department is planning to evacuate Canadians from the Gaza Strip.

Department spokeswoman Patricia Skinner said consular services are being provided through the Canadian representative office to the Palestinian Authority in Ramallah.

“Global Affairs Canada has been advising Canadians to avoid all travel to the Gaza Strip due to continuing conflict, the possible resumption of armed hostilities, and the difficulties to leave the area since October 2000,” she said.

There are 160 Canadians in the Gaza Strip currently registered in a federal database of Canadians abroad, but since registration is voluntary, the number is likely higher.

Khalaf said his five-year-old son who was born in Canada couldn’t understand the situation and the reasons behind the bombing in Gaza.

He could hear the explosions when he called or FaceTimed his wife and kids, he said.

“Sometimes it’s really close. When it is close you see (my son) jumping, like he would be jumping from wherever he is right into his mom’s arms just because he’s terrified,” he said.

“That in itself, being so far away from them, was extremely difficult and extremely painful at the same time.”

The situation has also impacted asylum seekers and more recent immigrants whose families are still in Gaza.

Abdallah Alhamadni received refugee status in December and works as an emergency responder with a medical transportation company in Mississauga, Ont., where he transfers people infected with COVID-19 from their homes or long-term care facilities to hospitals.

He has applied for permanent residency for himself and his family members and has contacted the Immigration Department several times asking them to expedite the process, he said.

“My family, they are under huge stress all the time (while) they are waiting,” he said.

Alhamadni is living in Canada with the daily risk of contracting COVID-19 and becoming very sick because he has chronic high blood pressure and diabetes, he said.

Meanwhile, he fears for his children’s lives in Gaza.

“I was terrified something could happen to them, especially (with the bombardment of) houses very close to where they are living.”

Alhamadni and a group of parents with children in Gaza are working to bring attention to their situation. They have contacted the federal government and several Members of Parliament and will start a petition to ask for the evacuation of their families, he said.

The government should give the families temporary visas while their permanent residency applications are being processed or fast-track the applications, Alhamadni said.

He also contacted the Canadian representative office to the Palestinian Authority in Ramallah, which he said told him it would let him know if an evacuation of families is being planned.

“There are no real promises they will bring them here to Canada,” he said. “We are lost. We don’t know what to do.”

The Immigration Department did not say whether it planned to evacuate families of people living in Canada from the Gaza Strip.

It said it was unable to comment on individual cases for privacy reasons but it is aware of the situation of resettled refugees’ dependants who remain in Gaza and it is monitoring the situation.

Global migration has been upended by the pandemic, but the department has prioritized urgent protection cases, vulnerable people and those performing essential services, it said.

Sammar Mohammed is another member of the group of parents working to bring children to Canada. She has been living with her two daughters in Windsor, Ont., since 2019 while her husband and her two other daughters are still in Gaza.

She is waiting for their permanent residency applications to be processed so the rest of her family can join her in Canada.

“This is our issue and our pain — the long processing time,” she said.

Mohammed used to do video calls with her daughters, but now they either lose internet or power, she said.

Her husband is a journalist with a local TV station whose building was destroyed in an Israeli airstrike, she added, and a classmate of her 13-year-old daughter was killed during the war.

She said there are serious consequences for her loved ones as they continue to wait, especially with a fragile ceasefire that she believes could end at any moment.

“If they survived this war, God knows what will happen during the next offences on Gaza.”

This report was first published by The Canadian Press on May 30, 2021.