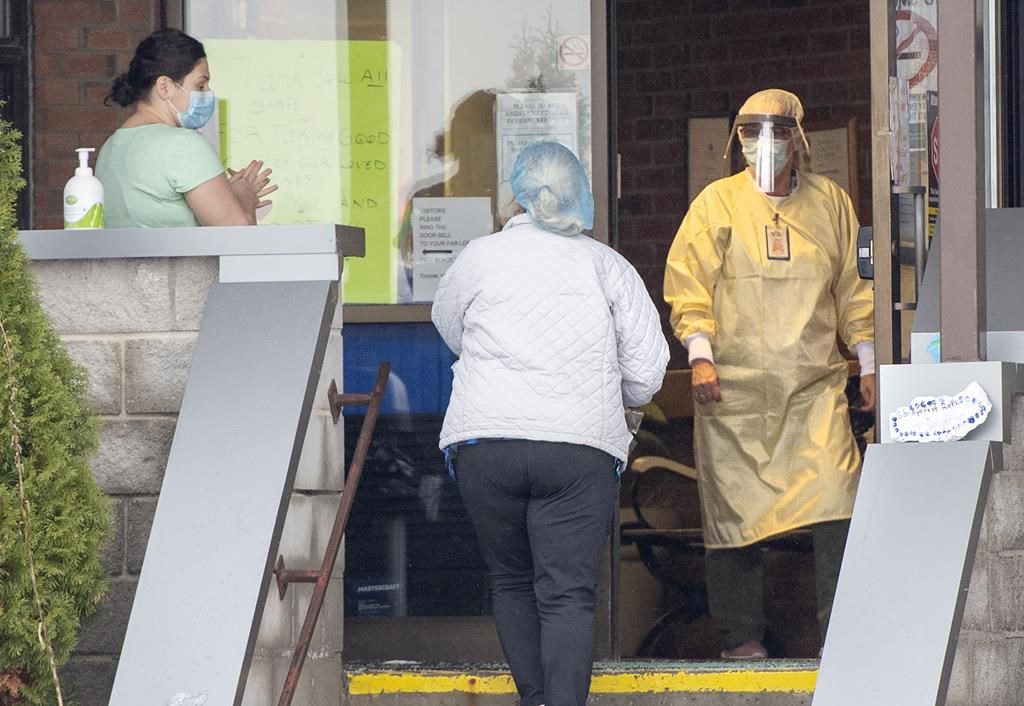 TORONTO â€” An ongoing exodus of nurses and other key workers from long-term care has exacerbated what was already a critical staffing shortage before the COVID-19 onslaught, representatives of the sector said on Thursday.

The critical lack of personnel, they said, makes it difficult to use the 6,000 empty nursing home beds as a safety valve for hospitals struggling with an influx of patients.

In addition, about 38,500 people remain on waitlists for admission to long-term care facilities, a number expected to rise to 40,000, according to the Ontario Long Term Care Association.

“Once the virus did get into the homes, what happened was the staffing models crashed,” said Donna Duncan, the association’s CEO. “We continue to lose our staff, especially regulated health professionals â€” nurses, RPNs â€” to other parts of the system.”

Ontario data show more than 15,000 long-term care residents were stricken with COVID-19 over the past year, with 3,766 deaths to date accounting for the majority of the province’s pandemic fatalities. Almost 6,900 staff have been infected, 11 fatally.

Critics have pointed to poor pay and working conditions in long-term care homes as the driving force behind the staffing exodus, along with more attractive employment options now in vaccination clinics or at testing sites.

While government wage top-ups last year helped draw some workers away from home care into long-term care, Duncan said, the subsequent outflow has only made matters worse. She also cited the “stigma” around the long-term sector as a factor in the critical staffing shortage.

“People are just moving,” Duncan said. “It’s pretty much the same workforce which is creating huge pressures on our ability to meet the clinical needs of our residents.”

Residents and relatives have also complained at being largely confined to their rooms, a situation they’ve compared to the kind of harmful solitary confinement found in prisons.

“Our residents have largely been locked up for 14 months,” Duncan said, also acknowledging the physical and psychological harm to them.

The association, which speaks for about 626 nursing homes housing 79,000 residents and employing 100,000 people, said COVID-19 vaccinations have had a profound impact on curtailing new cases. At the same time, the association acknowledged “uneven” vaccine uptake among its remaining workers, although it has repeatedly refused to provide statistics.

The association’s briefing comes a few weeks ahead of a final report from a commission inquiry that has been delving into the pandemic’s catastrophic effect on nursing homes. One area of focus has been the role played by for-profit operators.

Duncan denied any direct correlation between ownership models and cases or deaths. Instead, she cited the prevalence of older facilities with three- and four-beds per room as the main contributor to the severity of outbreaks. She blamed decades of government underfunding.

To help address the situation, the provincial government has pledged $2.6 billion for capital investments in the sector. It has also promised to pay tuition and fund 6,000 placements for new personal support workers.

While the money is welcome, Duncan said key concerns are a lack of staff to supervise the newcomers, and the pending licence expiries of older homes that don’t meet the fire code.

Duncan called for “creative ways” to deal with the staffing crisis, but offered few concrete ideas. What’s clear, she said, is that the long-term care system is hardly in an ideal situation to help out hospitals facing a surge of younger and sicker COVID-19 patients.

“The system is now looking to long-term care to support hospitals and help them in managing their surges,” she said. “(But) long-term care is still very much in a recovery mode. Our staff is much diminished.”