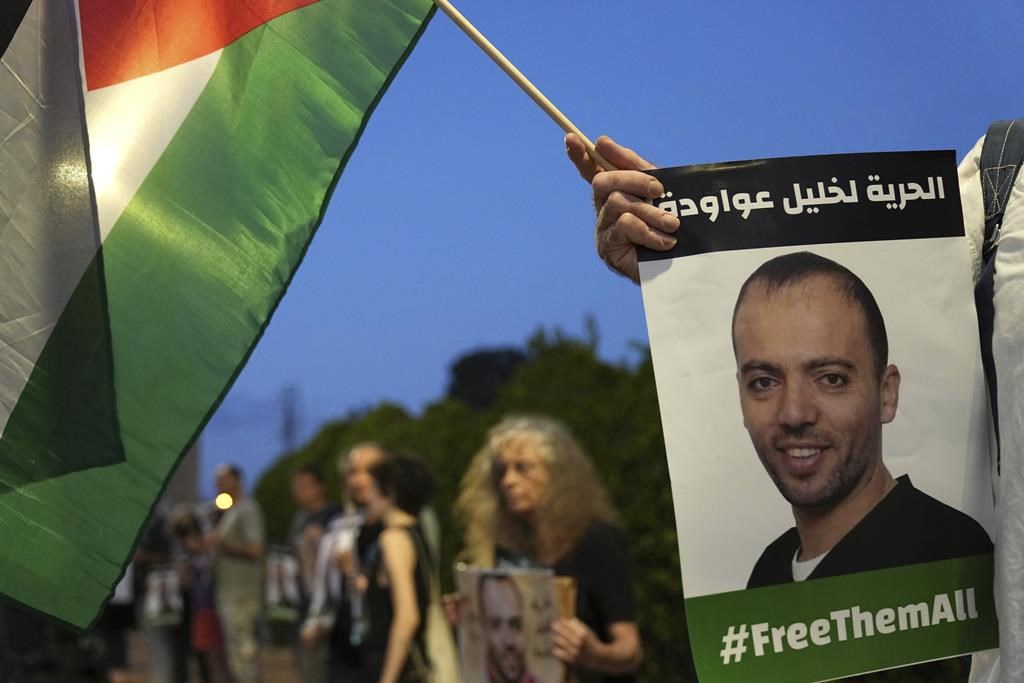 JERUSALEM (AP) — The lawyer for a Palestinian prisoner said Tuesday that his client will appeal his case to Israel’s Supreme Court as he continues what his family says is a 165-day hunger strike against his detention.

The release of both men — hunger striker Khalil Awawdeh and Bassam al-Saadi, a West Bank Islamic Jihad leader — was among the demands of the Islamic Jihad militant group for a cease-fire to last week’s intense fighting in the Gaza Strip.

Khalil Awawdeh is protesting being held without charge or trial under what Israel refers to as administrative detention. Ahlam Haddad, Awawdeh’s lawyer, said her client’s health is deteriorating and that they asked that he be released. An Israeli military court on Monday rejected an appeal.

“Justice was not done with that man,” Haddad said. “We turn to … the Supreme Court in Jerusalem, in order maybe to get the relief requested, which is his release from administrative detention.”

Awawdeh, a 40-year-old father of four, is one of several Palestinian prisoners who have gone on prolonged hunger strikes over the years to protest administrative detention. Israel says the policy helps keep dangerous militants off the streets and allows the government to hold suspects without divulging sensitive intelligence. Critics say the policy denies prisoners due process.

Israel says Awawdeh is a militant, an allegation he has denied through his lawyer.

The Islamic Jihad militant group demanded his release as part of an Egyptian-brokered cease-fire ending three days of heavy fighting in the Gaza Strip earlier this month but did not identify him as its member. Israel arrested al-Saadi in the days leading up to the Gaza flare-up.

Haddad said her client has not eaten during the strike, except for a 10-day period in which he received vitamin injections, according to his family. Israel’s Shin Bet internal security service has not commented on his case.

Israel is currently holding some 4,400 Palestinian prisoners, including militants who have carried out deadly attacks, as well as people arrested at protests or for throwing stones. Around 670 Palestinians are currently being held in administrative detention, a number that jumped in March as Israel began near-nightly arrest raids in the occupied West Bank following a spate of deadly attacks against Israelis.

Israel says it provides due process and largely imprisons those who threaten its security, though a small number are held for petty crimes.

Palestinians and human rights groups say the system is designed to quash opposition to Israel’s 55-year military occupation of lands the Palestinians want for a future state, which shows no sign of ending.