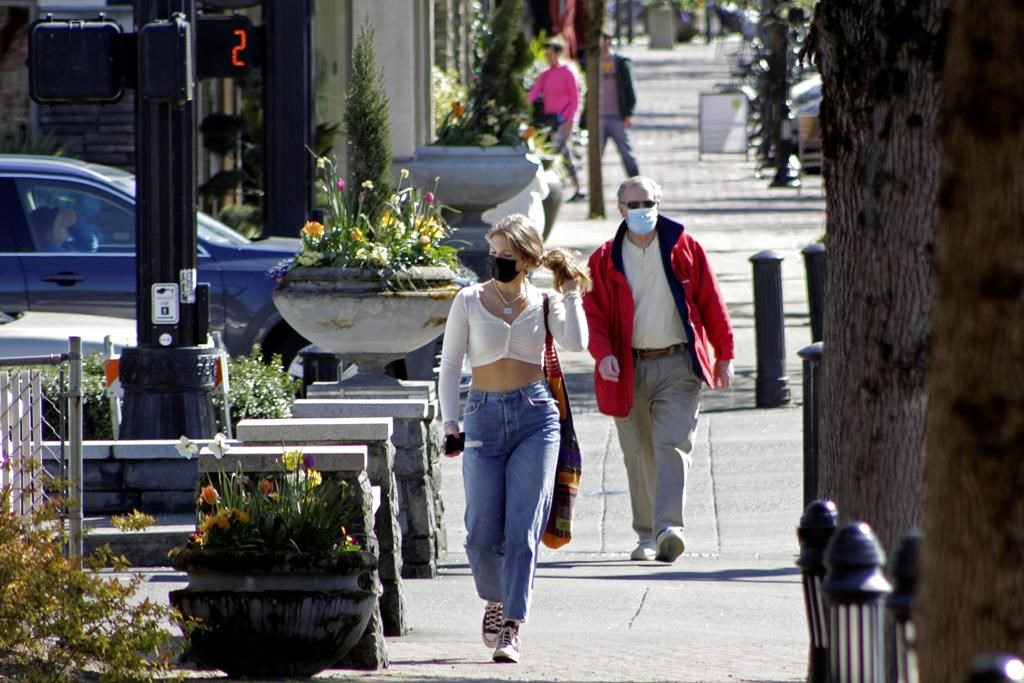 When the coronavirus pandemic hit the Pacific Northwest states of Oregon and Washington, their governors quickly reacted with shutdowns. Now they are about to impose new restrctions again as infections and hospitalizations rise to alarming levels.

"If we don't act now, doctors, nurses, hospitals, and other health care providers in Oregon will be stretched to their limits treating severe cases of COVID-19," Brown said.

Washington Gov. Jay Inslee is expected to order new restrictions next week for several counties, likely including the state's largest, that would force businesses and churches to reduce their indoor gathering capacity from 50% to 25%.

Inslee will decide which counties need to be rolled back to Phase 2 of his reopening plan after an evaluation of public health safety benchmark numbers. The public health director for King County, which includes Seattle, expects it will be included in Inslee's order.

"We might as well just get prepared for that and not just wait," Patty Hayes, director of Public Health Seattle & King County, told the King County Council on Tuesday.

The moves come, ironically, as the supply of vaccines in many places is exceeding demand.

"There are appointments available right now all across the state," Brown said.

For example, the public health director for northern Oregon's Umatilla County, which was downgraded Tuesday from the moderate to the high-risk category, told state officials it can send last week's vaccine allocation somewhere else and will likely do so again this week.

"Our demand level is dropping dramatically," Public Health Director Joe Fiumara told the East Oregonian newspaper. The county has about 6,000 doses and last week administered fewer than 500 as health department staff sat idly, waiting for people to arrive for vaccinations.

The level of vaccinations in the mostly rural county is far short of what health experts say is needed: According to Oregon Health Authority data, only about 19,000 people have been fully or partially vaccinated in the county where 78,000 people live.

The restaurant sector objected to Brown's move, with the Oregon Restaurant & Lodging Association declaring that the state lost more than 1,000 food service businesses in 2020 and that 200 more closed permanently so far this year.

"The move by the governor's office is tone deaf and offensive to tens of thousands of Oregonians working in restaurants and bars across our state attempting to pay their bills," said Jason Brandt, the group’s president and CEO.

"It's great that we have more money in the hopper for our clobbered hospitality industry," Brandt said.

But he added: "The amounts that have been earmarked … has never been close to enough to make these small businesses whole."

Brown, aiming to soften the blow to businesses, is also increasing the outdoor capacity limits for bars, restaurants and other sectors from 50 to 100 people in extreme-risk counties as long as they have physical distancing and other safety measures in place.

Some of Oregon's biggest cities â€” including Portland, Salem, Bend and Eugene â€” are in the counties that will be in the most dire category, effective Friday.

Portland Mayor Ted Wheeler, whose city partially lies in Multnomah County, which was moved to extreme risk, urged people to use safety protocols to prevent further spread of the coronavirus.

"The key to reopening our city is ending the pandemic," Wheeler said.

The Oregon Health Authority said counties won't be moved into the extreme risk category unless the peak daily number of hospital beds occupied by COVID-19 patients statewide is at least 300, including a 15% increase over the previous seven days. The state is now beyond that threshold, with the current daily peak at 328 beds. Oregon’s population is more than 4.2 million.

Washington is also taking a step back. In March, Inslee allowed restaurants and other indoor establishments throughout the to state operate at half capacity, up from 25%

But like in Oregon and other states, coronavirus case numbers and hospitalizations have been steadily rising in recent weeks.

To avoid stricter restrictions, counties in Washington need to report fewer than 200 cases per 100,000 residents and less than five hospitalizations.

As of Monday, the Washington Department of Health reported about 675 people hospitalized due to COVID-19 across the state, an increase of more than 100 in two weeks. Washington's population is more than 7.7 million.