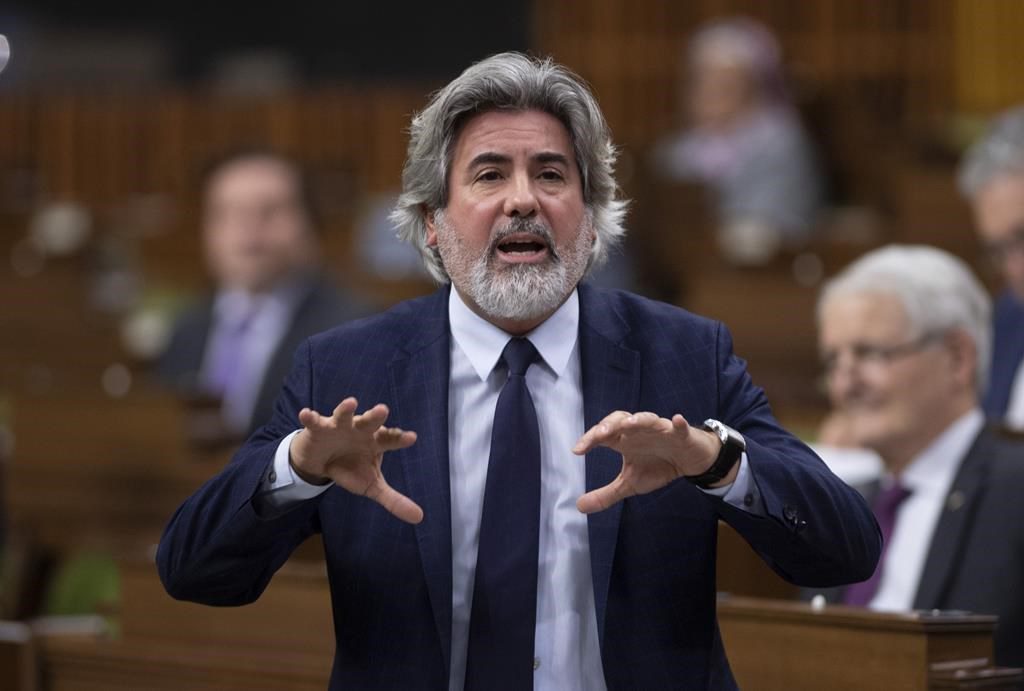 OTTAWA â€” The government House leader is asking the Speaker of the House of Commons to investigate a photo leak of a Liberal MP caught naked on camera during a virtual sitting of Parliament.

Pablo Rodriguez said Thursday the incident involving Quebec MP William Amos was “mean-spirited” and has been “life-changing" for Amos.

He suggested there could be serious implications for the person who took and shared this intimate image on Wednesday.

“Taking a photo of someone who is changing clothes and in the nude and sharing it without their consent could very well be criminal,” Rodriguez said.

A screenshot shows Amos standing unclothed behind a desk between the Quebec and Canadian flags with what appears to be a phone covering his private parts.

During virtual House of Commons sittings, only those who speak are shown on the public feed. Therefore, Amos’s fellow MPs could see him on camera but he did not appear on the main screen.

Bloc QuÃ©bÃ©cois MP Claude DeBellefeuille, the party whip, raised the incident in a point of order after question period Wednesday, as she called for parliamentary decorum.

“It may be necessary to remind the members, especially the male ones, that a tie and jacket are obligatory, but so are a shirt, boxer shorts or pants,” DeBellefeuille said in French Wednesday.

“We have seen that the member is in great physical shape, but I think members should be reminded to be careful and control the camera well.”

In a statement Wednesday, Amos said he had returned from a jog and was changing into his work clothes, and did not realize his camera was on.

“I sincerely apologize to my colleagues in the House of Commons for this unintentional distraction. Obviously, it was an honest mistake and it won’t happen again.”

Thursday morning, Rodriguez opened the House of Commons sitting by blasting the unidentified person who leaked the nude photo of Amos to media, asking if they had given any thought to the ramifications on Amos’ personal life when they shared it.

He called it a case of “callous disrespect.”

“Did they think of (Amos’s) family, children, friends and the fact that the internet is forever? Are we really at the point in our politics that it is acceptable to try and destroy the reputation and humiliate a colleague because someone finds an unfortunate error and unintentional mistake to be funny?” Rodriguez said.

“Our politics have taken a very dark and destructive turn if this is the case.”

Amos was scheduled to appear at an announcement with Anand Thursday morning, but she said he is instead “taking a day” and noted that he has apologized for the incident as an accident.

"I do, as a member of Parliament, have concerns that we should all, as members of Parliament, be respecting the rules of the House of Commons as well as any additional applicable law," Anand said Thursday when asked about the incident.

Rodriguez asked Speaker Anthony Rota to launch an immediate investigation to determine who took the controversial photo so the House of Commons could then decide on a next course of action.

Rota said he would take the matter under advisement.