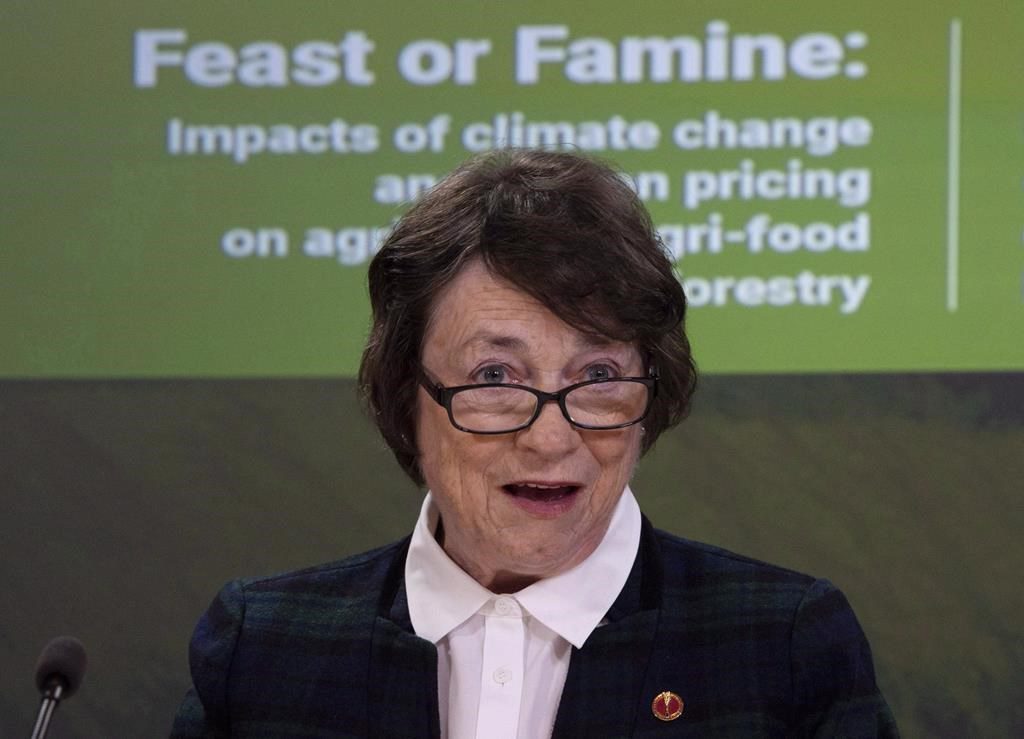 OTTAWA — A senator from Prince Edward Island is pushing for a change to the government’s sweeping budget bill that she says would entrench an unfair situation on the island that the Trudeau Liberals have long promised to address.

Deep in the Liberals’ sweeping budget bill are provisions that would set two zones on P.E.I. for calculating and accessing employment insurance benefits.

There are similar provisions for areas of Quebec, Nova Scotia, New Brunswick, Newfoundland and Labrador and Yukon in the bill currently in the House of Commons.

The government says it needs to put the zones into law to make sure seasonal workers can continue to more easily qualify for EI benefits during a two-year consultation on the future of the decades-old social safety net.

The concern from Sen. Diane Griffin is that the boundaries would become impossible to change if embedded in an act approved by Parliament.

“They’re trying to say, ‘Oh, well, you know, things can be changed by regulation,'” she said in an interview, describing the response she has received from government officials.

“It will be entrenched in legislation for two years, and there’s no way regulation is going to supersede the statute.”

Griffin is pushing the four Liberal MPs from the province to remove the reference to P.E.I. while the bill is in the House of Commons, but plans to push for it herself if the clause remains once the legislation lands in the Senate.

EI zones make benefits more generous and easier to access in parts of the country where it is harder to get work. Rules are based on residency, not where jobs are, meaning two people laid off from the same company at the same time could have different benefit entitlements because they live on opposite sides of a boundary.

The non-partisan EI commission regularly reviews the boundaries and was supposed to make recommendations last fall on possible changes, but got delayed by the pandemic. Employment Minister Carla Qualtrough hinted at a Senate committee Wednesday night that delay may soon be over.

Any cabinet-approved changes to the boundaries would likely take two years to implement.

A review of the different EI zones produced by federal officials in September 2019, and obtained by The Canadian Press under the Access to Information Act, suggested that there was very little difference in labour market conditions across P.E.I.

The previous Conservative government split the island into two zones in 2014, with the boundary line drawn in a way that benefited the lone Conservative riding in the province at the time on the western edge of the island. The Liberals promised to reverse the decision, but have yet to do so.

“We’re one island, we’re one province, and we’re one zone,” Charlottetown Mayor Philip Brown told a Senate committee during a recent appearance to talk about the budget bill.

Brown added that he was asking the province’s parliamentarians to change the C-30, and pushed against the idea that this was a local issue: “It is a national issue because EI is a national program, and maybe the other economic regions are not speaking up.”

The problem from the government’s perspective is the law itself, the Employment Insurance Act.

The act limits to three years the time a pilot project can run under the EI program. Such a pilot has ran since 2019 in places like P.E.I. to help seasonal workers access benefits during the “black hole” period between when EI benefits max out and a seasonal job starts.

The provisions expire in October 2022 before the end of consultations on the future of the EI system, which the government says requires it to tuck the zones into federal law so the extra help doesn’t just stop.

Echoing what Griffin described, officials say the government could still redraw boundary lines or remove zones despite the legal change, even while the wider consultations are underway.

“The most important fundamental opportunity here is as we move into our consultations to modernize the EI system, really digging in on the boundary and zone issue,” Qualtrough told senators this week.