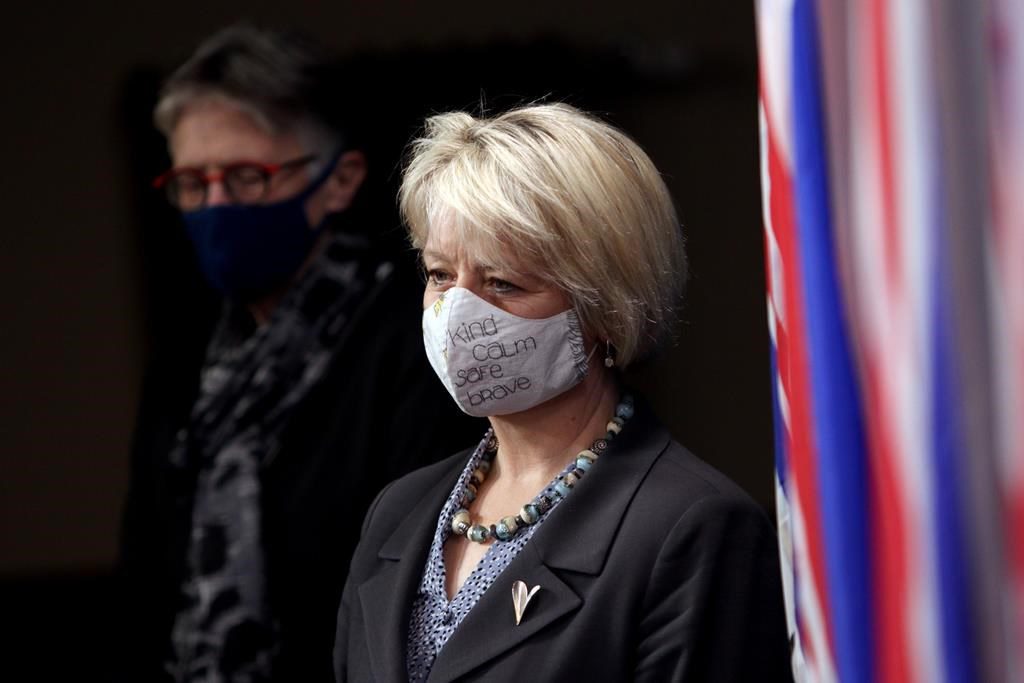 Dr. Bonnie Henry said Thursday the Vancouver Coastal region is leading all other health authorities with about 70 per cent of P.1 variant cases because of a large number of cases linked to the resort town of Whistler.

Overall, just under 60 per cent of daily cases involve variants, including the one first associated with South Africa, though those cases are negligible compared with P.1 and the variant first identified in the United Kingdom.

The B.C. Restaurant and Food Services Association has said restrictions are expected to be continued beyond the three-week period that is set to expire next Monday.

Travel between communities is driving higher cases of COVID-19, especially with more transmissible variants in indoor settings, Henry said as B.C. had a record 409 people in hospital, with a peak of 125 patients in intensive care.

Hospitalizations are highest among B.C. residents in the 40-to-59 age range and those between 60 and 79, she said, adding the province is aiming to vaccinate people in those groups as fast as possible.

The province reported 1,205 new COVID-19 cases on Thursday, and three more deaths, for a total of 1,524 fatalities.

“Your probability of being exposed to somebody is higher now because we have higher rates of transmission in the community. So, if I am seeing a group of 10 people, the probability that one of them has the virus … the potential to spread it to me right now is higher than it’s ever been,” Henry said.

While the risk of becoming infected has risen, stopping transmission requires following restrictions already in place such as gathering indoors only with people from the same household, she said.

Calls for closing schools in some regions are not backed up by data, Henry said, adding cases have increased after vacation periods such as spring break through more contact in the community but are still relatively low.

About one in 200 school-aged children between the ages of five and 18 have required hospitalization, a fraction compared with adults, the data show.

Between January and the first week of March in the Fraser Health region, for example, less than one per cent of students and staff tested positive from a total of 315,000 people in schools that were tested. Staff represented 83 per cent of cases.

During the same period, 16,053 cases were reported in Fraser Health, data show.

“It certainly is something we continue to pay attention to and we know how distressing it is when we have exposure events.”

Health Minister Adrian Dix said about 26 per cent of people eligible for a vaccine in B.C. have so far received at least one dose, with Wednesday representing a record day for the number of immunizations in the province.

While the province has a considerable supply of hospital beds and equipment such as ventilators, staff are feeling the pressure of more hospitalizations, Dix said.