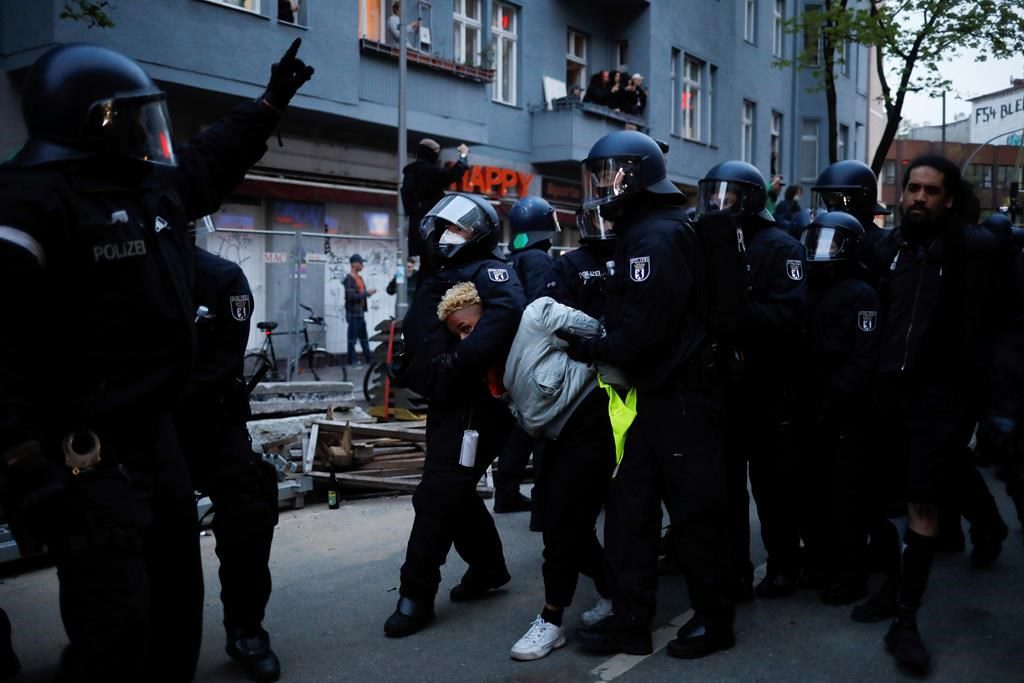 More than 20 different rallies took place in the German capital on Saturday and the vast majority of them were peaceful. However, a leftist march of 8,000 people through the city’s Neukoelln and Kreuzberg neighbourhood, which has seen clashes in past decades, turned violent. Protesters threw bottles and rocks at officers, and burned garbage cans and wooden pallets in the streets.

"Violence against police officers and a blind, destructive rage has nothing to do with political protest," Berlin state interior minister Andreas Geisel said.

Geisel condemned the throwing of bottles and rocks, the burning barricades on the streets and especially the violence toward police.

"The high number of injured officer leaves me stunned. I wish all of those who were injured in the line of duty a quick recovery," he said.

There’s a nightly curfew in most parts of Germany because of the high number of coronavirus infections, but political protests and religious gatherings are exempt from the curfew.

In France, May Day marches in Paris and the southern city of Lyon were also marred by scattered violence, with riot officers targeted by small groups of violent demonstrators who tossed projectiles and trash bins. Police made 56 arrests â€” 46 of them in Paris, the Interior Ministry said Sunday. It said six officers suffered injuries, three of them in Paris.

The CGT labour union that organized the main Paris march said violent demonstrators also targeted its marchers at the end of the rally, showering them with projectiles, blows and homophobic, sexist and racist insults. The union said 21 of its participants were injured, four seriously.