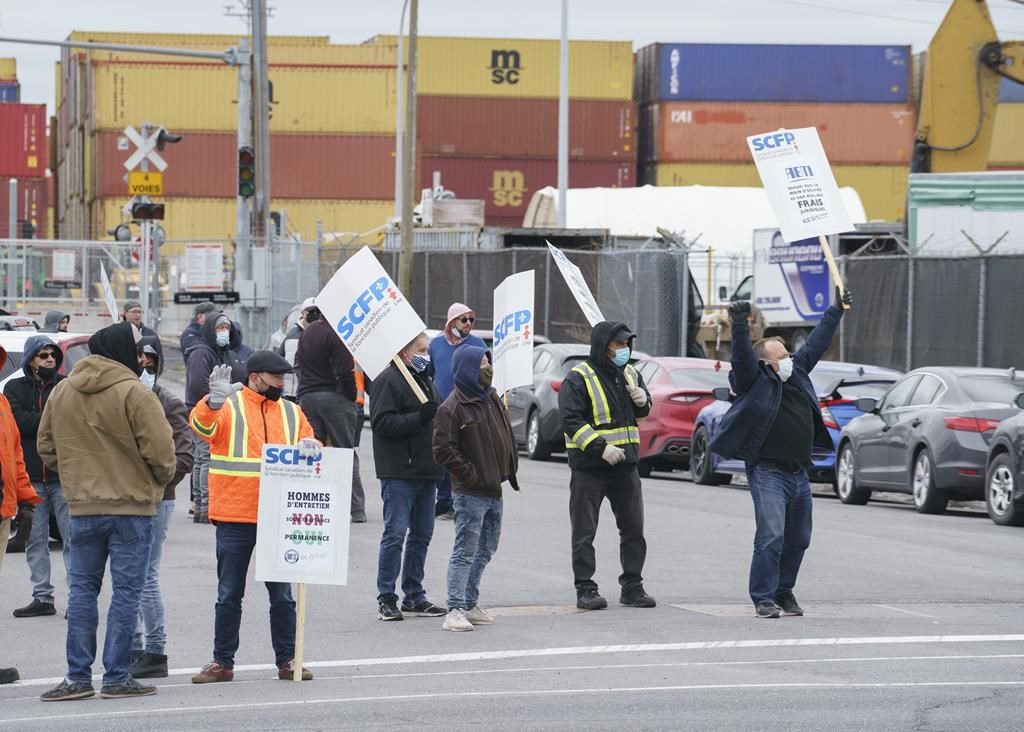 MONTREAL â€” Federal Labour Minister Filomena Tassi has tabled a bill to put an end to the strike involving 1,150 dockworkers at the Port of Montreal.

The move drew a strong reaction from the head of the Quebec branch of the Canadian Union of Public Employees, Marc Ranger, who called the bill an affront to all workers in the country.

Tassi’s bill would force the unionized workers back on the job, and it will be debated later today in the House of Commons.

Operations at the Port of Montreal came to a halt after the dockworkers began a strike Monday morning, causing a complete shutdown at the facility.

Workers at the port have been without a contract since December 2018 and started to refuse overtime and weekend work earlier this month. The union previously held a 10-day strike in August.

Tassi has said the federal government has little choice but to intervene because of the strike’s potential to cause long-lasting effects to the Canadian economy.