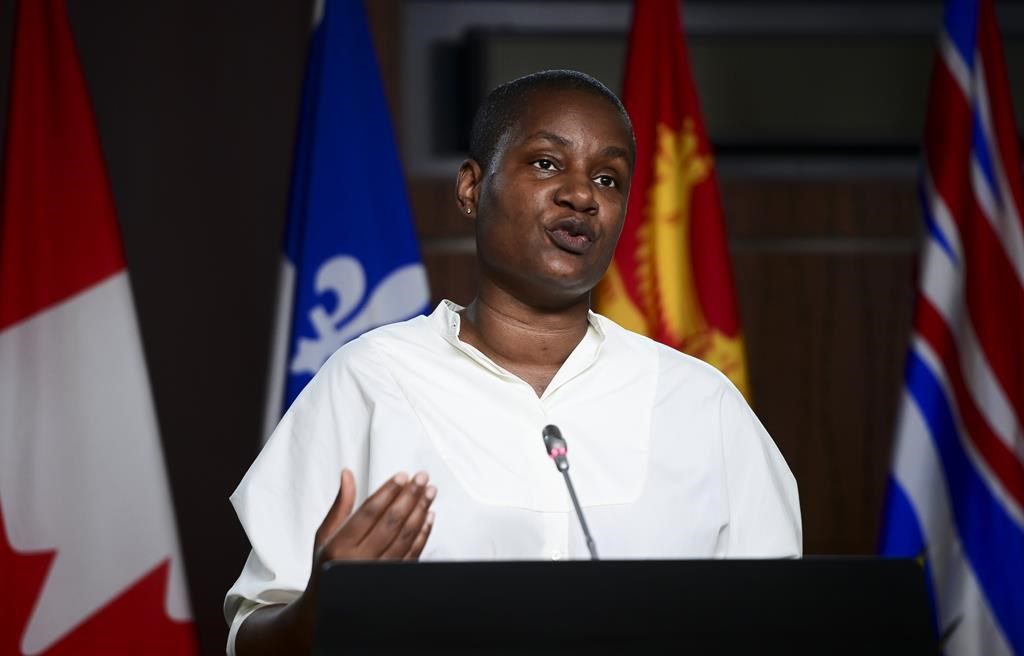 OTTAWA — Green party Leader Annamie Paul is calling on the Liberal government to create a national anti-Islamophobia strategy in the wake of an attack in London, Ont., that left four members of a Muslim family dead.

Paul says the Muslim community has been asking for a comprehensive national strategy that includes multiple elements including law enforcement, education and identifying those who are promoting hateful ideologies.

She says the government has a duty to identify, expose and root out movements that promote discrimination and hate, and to ensure that those who promote such ideologies know that there will be no safe place or dark corner where their beliefs will be allowed to flourish.

Prime Minister Justin Trudeau says his government has made investments to ensure that its work is focused on recognizing the systemic discrimination that exists and on highlighting and naming Islamophobia.

He says there is more work to do and his government will partner with the Muslim community across the country to find out how to move forward.

Trudeau is scheduled to be at a vigil outside the London Muslim Mosque this evening and opposition party leaders are also expected to attend.