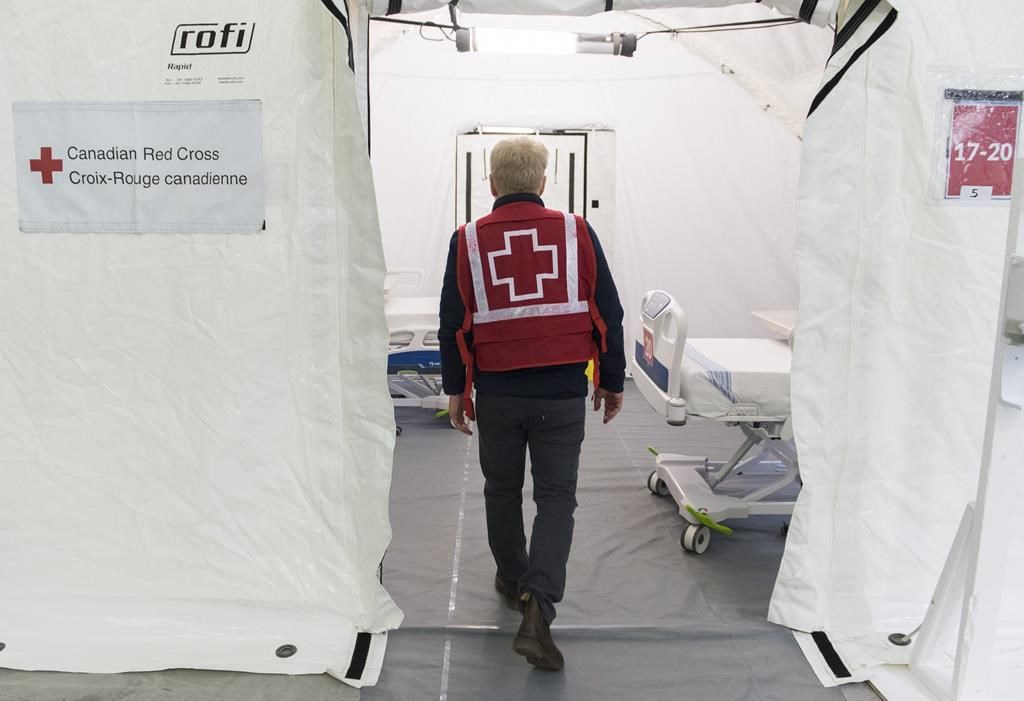 GRAND FALLS, N.B. â€” The federal government has approved New Brunswick’s request for help in dealing with an outbreak of COVID-19 at a long-term care facility.

Bruce Macfarlane, communications director for New Brunswick's Health Department, says the Red Cross will support a provincial team as it deals with an outbreak at the Pavillon Beau Lieu long-term care facility in Grand Falls, N.B.

Macfarlane says the Red Cross will help with a variety of non-clinical tasks, including light cleaning and providing food for facility residents.

Canadian Red Cross provincial director Bill Lawlor says personnel were deployed to the province earlier this week and are already pitching in.

New Brunswick today reported 15 new COVID-19 cases, and it has 127 active infections with four people in hospital â€” two of whom are in intensive care.

Health officials said an outbreak in a student residence on the Fredericton campus of the University of New Brunswick has grown to 12 cases.