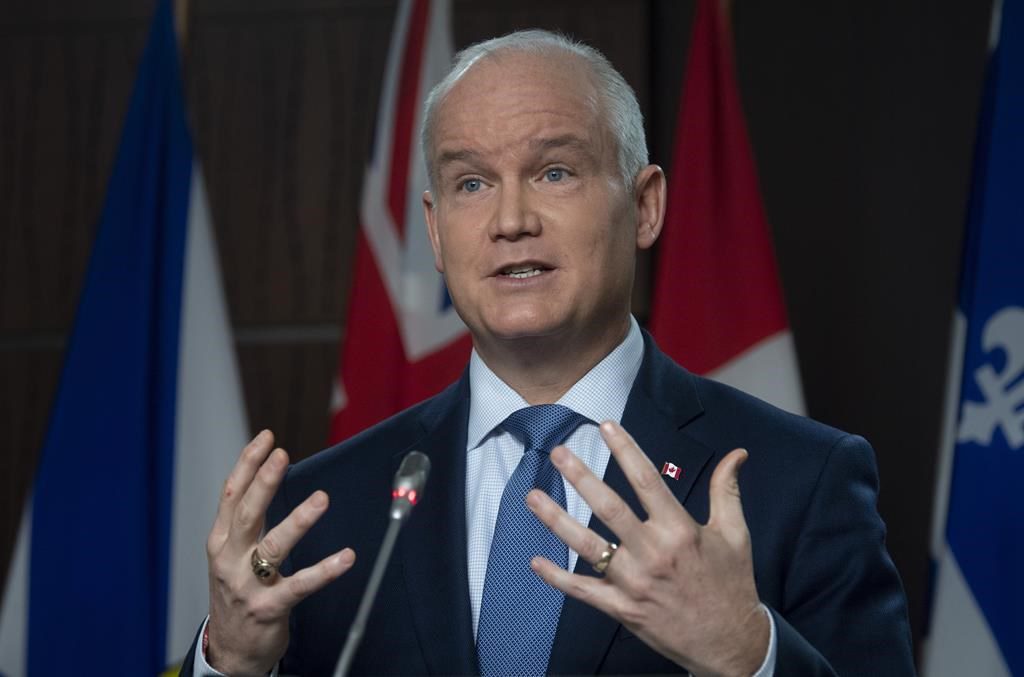 OTTAWA â€” Conservative Leader Erin O’Toole says he will vote against a bill brought forward by a member of his caucus that aims to ban so-called “sex-selective abortions.”

O’Toole said he supports a woman’s right to choose and will personally vote against the private member’s bill from Saskatchewan MP Cathay Wagantall.

“I’m a pro-choice member of Parliament, was elected leader of the Conservatives in that fashion,” O’Toole told a news conference Monday.

“I will always defend the rights of all Canadians and focus on their prosperity. That is my relentless focus. There is freedom of speech of all Members of Parliament, including with private motions and bills.”

Wagantall said the bill, which is up for debate on Wednesday, is about gender equality and believes many Canadians think pregnancies should not be terminated on the basis of sex.

Abortion is among the delicate issues O’Toole must navigate as he hopes to grow the Conservative party ahead of the next general election.

O’Toole also won the leadership of the party with the help of social conservatives in the race’s ranked ballot system.

He had asked to be the number 2 and number 3 choice for supporters of Derek Sloan, who was booted from caucus earlier this year, and Leslyn Lewis, a Toronto lawyer who plans to run for the party in the next general election.

Their down-ballot support pushed O’Toole to victory over Peter MacKay, who previously said issues around same-sex marriage and abortion were hung around former leader Andrew Scheer’s neck like a “stinking albatross” during the 2019 election, when the Liberals were re-elected.

O’Toole did not answer a question Monday about whether he would instruct his opposition critics to vote against the bill.

Wagantall said when it comes to her bill, she believes Conservative MPs will have a free vote on matters of conscience.

O’Toole is entitled to his stance and she feels at home in the Conservative party, Wagantall said at her own news conference.

“I respect my leader’s opportunity to make his choice as much as I do mine.”

This report by The Canadian Press was first published April 12, 2021