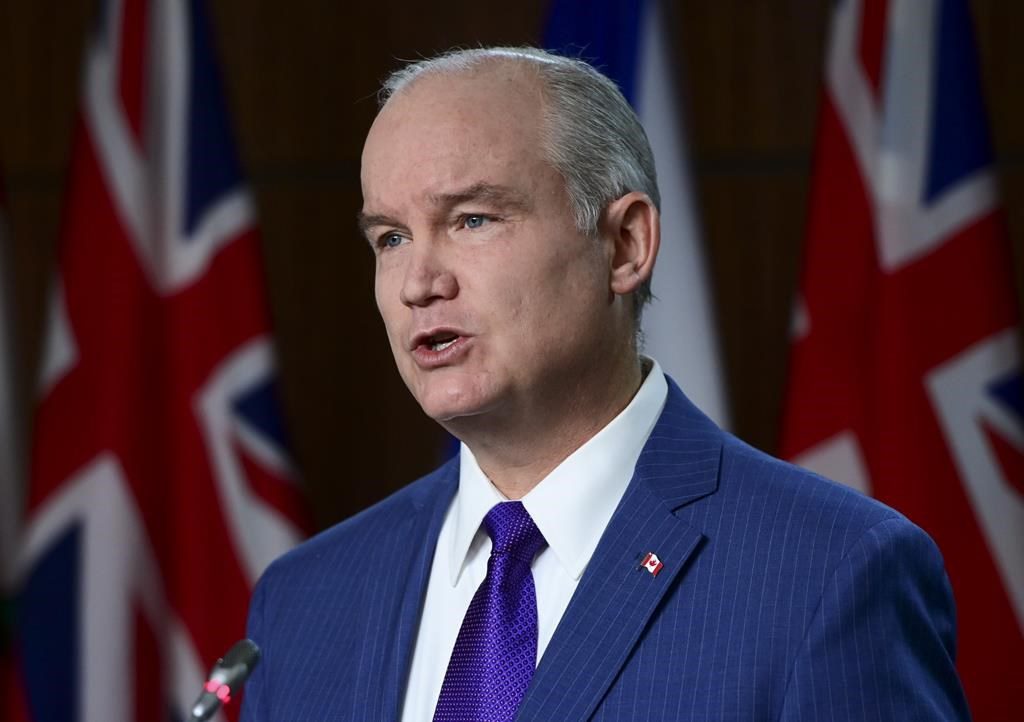 OTTAWA â€” Conservative Leader Erin O’Toole recently told a virtual crowd he is looking closely at how Australia makes voting mandatory â€” and whether Canada should follow its lead.

The remarks came when O’Toole was asked about proportional representation during an event hosted by the Delta Chamber of Commerce in British Columbia earlier this month.

O’Toole said he did not support that kind of electoral reform, but added that he has been “thinking about and talking about” how Australia requires its citizens to cast a ballot.

Australia is one of the few countries in the world that has made it compulsory to vote at all levels of government, or else risk being fined, and voter turnout is relatively high.

The Conservative leader noted Canadians living abroad can vote, a right that has been protected by the courts.

“Now that people can live in Hong Kong or Europe and vote â€” shouldn't we be following the lead of one of our sort of peer parliamentary democracies, like Australia, and thinking that basic element of citizenship is voting, even if you mark none of the above?” O’Toole told the virtual crowd on April 16.

“I think that's a civic duty that we should encourage. I'm going to look closely at what Australia’s been doing. I think there's a lot of things we can do to bring up confidence."

Asked Tuesday about whether he supports mandatory voting and why he said he was looking at it, a spokesperson for O’Toole didn’t directly answer.

“Voting is a constitutionally protected right, and is an important pillar of democracy. Canada’s Conservatives will always stand up for the rights of Canadians to cast a vote in our electoral system,” read a statement from O’Toole.

During his talk in B.C., O’Toole also reiterated his party’s promise to bring more transparency and accountability to Ottawa in hopes of restoring people’s faith in their federal institutions.

Prime Minister Justin Trudeau repeatedly promised, both as Liberal leader on the campaign trail in 2015 and then in his government’s first speech from the throne, to get rid of the first-past-the-post electoral system in time for the 2019 election.

Trudeau later ditched that pledge after the issue was studied by a House of Commons special committee on electoral reform, which also examined mandatory voting.

The committee recommended against bringing compulsory voting to Canada.