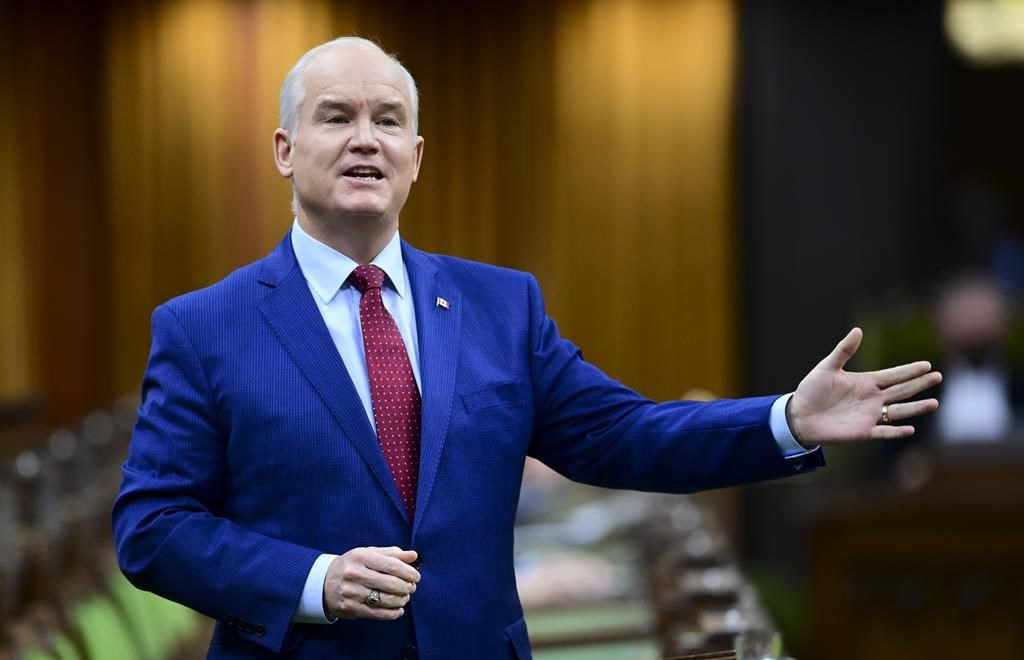 OTTAWA â€” Conservative Leader Erin O’Toole says he acted appropriately after hearing a “rumour” about Jonathan Vance months before the general took over as Canada’s top military commander in July 2015.

The comments follow new questions about the decision by Stephen Harper’s Conservative government to move ahead with Vance’s appointment in spite of two separate allegations that the senior officer had engaged in inappropriate relationships.

One of those allegations revolved around a relationship that Vance had with an American military officer, Kerry Wheelehan, which military police investigated but did not lay charges, and the two are now married.

The other, which former Harper chief of staff Ray Novak told a parliamentary committee last month was brought forward by O’Toole before Vance’s appointment, involved an allegation that the general had an inappropriate relationship with a subordinate at CFB Gagetown in 2001.

Vance, who stepped down from the top post in January and is now retired from the military, has not responded to requests for comment from The Canadian Press, but Global News has reported he denies any wrongdoing.

O’Toole was Canada’s veterans affairs minister at the time he reported the alleged relationship and he defended how he handled the allegations on Thursday.

Novak testified he subsequently asked then-national security adviser Richard Fadden to investigate the matter, and the Conservatives were prepared to cancel his appointment if the military police and Fadden probes turned up any wrongdoing.

But the Department of National Defence confirmed on Thursday that military police only recommended closing their investigation on July 17, 2015 â€” the same day that Vance was officially sworn in as defence chief during an elaborate ceremony in Ottawa.

For his part, O'Toole continued to attack how the Liberal government dealt with a separate complaint of alleged sexual misconduct by Vance that was raised by then-military ombudsman Gary Walbourne to Defence Minister Harjit Sajjan in March 2018.

Global News has reported that the complaint involved an email that Vance allegedly sent to a female service member that he significantly outranked in 2012, before he became chief of the defence staff.

The government’s handling of the complaint is now the subject of two committee investigations.

“They did nothing for three years, failed that woman and sent a signal that they were willing to cover up an examination,” O’Toole said. “It’s completely unacceptable. And it shows a culture of cover-up and corruption within the Trudeau government.”

Conservatives are expected to press on Friday for Trudeau’s chief of staff Katie Telford to testify at the House of Commons’ defence committee about what she knew about the complaint after it was brought forward by Walbourne.

Questions have emerged about what Katie Telford and the Prime Minister’s Office knew of the situation after recent statements from a former Trudeau aide to a committee looking into sexual misconduct in the military.

Elder Marques testified last week that Telford or an assistant contacted him in early March 2018 to speak with Sajjan's chief of staff after Walbourne raised the complaint against Vance with the defence minister.

Trudeau has defended Telford and his office by saying while it knew there was a complaint against the now-retired general, his office didn’t know the nature of it or that it was a “Me Too” complaint.

Conservative MPs including O’Toole claim previous testimony and emails show people in Trudeau’s office knew the allegation was in regard to sexual misconduct.

Opposition Deputy Leader Candice Bergen raised a question of privilege in the House of Commons on Wednesday, arguing that evidence contradicts Trudeau’s statements he didn’t know the nature of the complaint against Vance and has deliberately misled parliamentarians.

Walbourne has testified he told Sajjan the complaint related to “inappropriate sexual behaviour,” but Marques was more circumspect in his testimony last week about whether he and Telford knew about the nature of the complaint.

“I believe I was told that the issue was an issue of personal misconduct,” Marques told the Commons defence committee.

“I have to say, in the context of hearing that, that I think my presumption was certainly that it could be of a sexual nature, but I don’t think I was actually given that information specifically.”

â€” With files from Stephanie Taylor