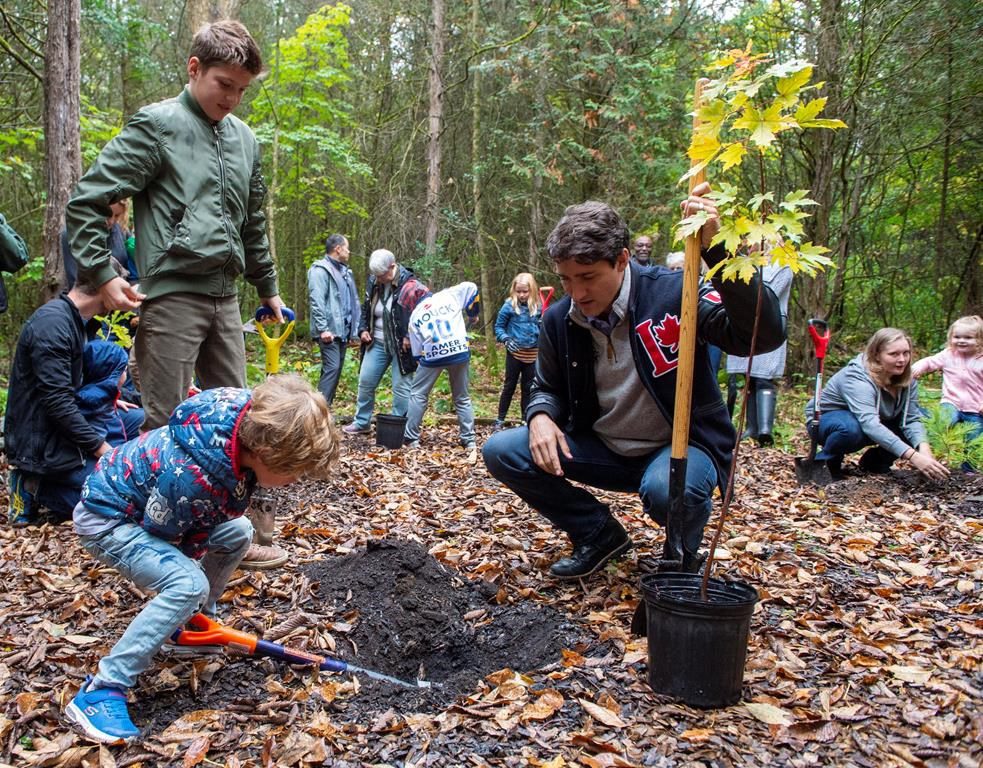 Natural Resources Minister Seamus O’Regan announced 30 million trees will be planted this season out of the two billion his government promised over the next 10 years during the 2019 federal election campaign.

That goal will see Canada plant an extra 200 million trees each year, which the government says will eventually help sequester carbon.

To get two billion trees into the ground over a decade, around 33 million would have to be planted each month during a tree-planting season, and over nine years that grows to about 37 million trees.

O’Regan says the government is signing agreements with different tree-planting partners and the program will “significantly ramp up” over time.

He says the undertaking is complex because seedlings take time to grow and nursery space has to be expanded.

The government had budgeted around $3 billion for the program, but the parliamentary budget office suggests the price tag for the endeavour will be closer to double that.

A briefing note released to The Canadian Press under federal access-to-information legislation about the discrepancy to the deputy minster of Natural Resources Canada says it will look for its planting partners to help fund the program.

“The (parliamentary budget office) report did not mention that the government will seek substantial cost-sharing by its partners, such as provinces and territories, cities and landowners, among others,” the document read.