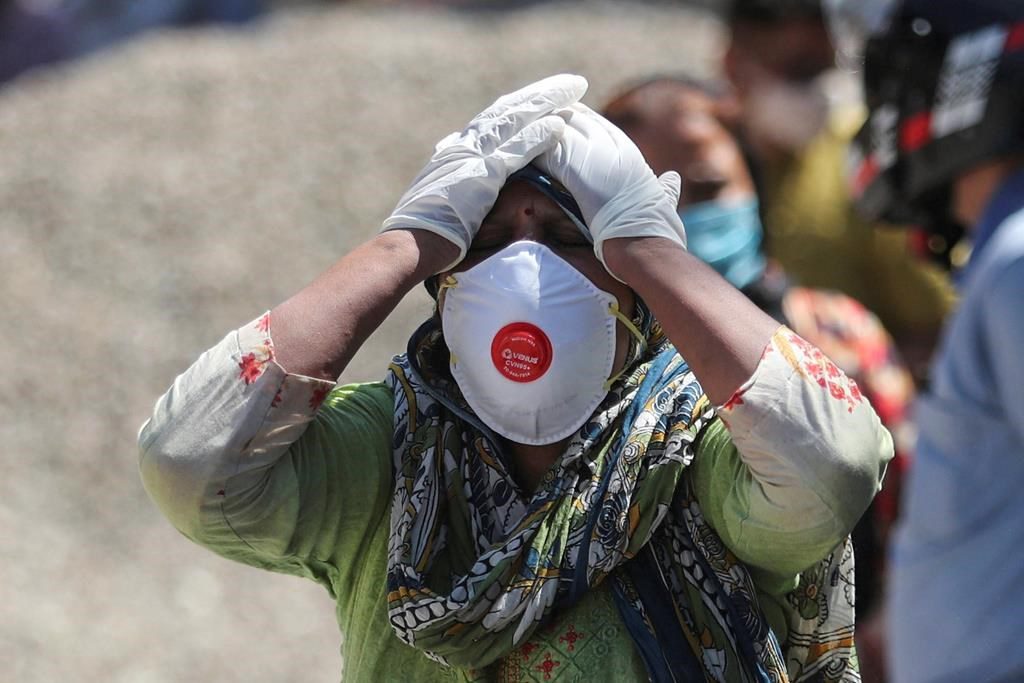 OTTAWA â€” Conservative Leader Erin O’Toole and NDP Leader Jagmeet Singh both say Canada should send aid to India as it struggles with a deadly surge in COVID-19 cases.

U.S. President Joe Biden pledged to send help to the country of nearly 1.4 billion people, where hospitals are reporting that they are running out of oxygen to treat patients.

The White House says it will send raw materials needed to make Covishield, the version of the Oxford-AstraZeneca vaccine produced at the Serum Institute of India, along with therapeutics, rapid-testing kids, ventilators and potentially oxygen.

Procurement Minister Anita Anand has said Canada will “stand ready” with personal protective equipment, ventilators and “any items that might be useful,” but the federal government has yet to provide more details.

NDP Leader Jagmeet Singh says India’s situation is “catastrophic” and Canada needs to act as a global citizen, because when the novel coronavirus spreads badly in one region, it affects others.

Early in the pandemic O’Toole was critical of the Liberal government sending personal protective equipment to China, but says that was because Canada didn’t have enough of its own supply, which is no longer the case.

Canada says it has procured 2.7 billon items of personal protective equipment, with 1.5 billion pieces already delivered for use.