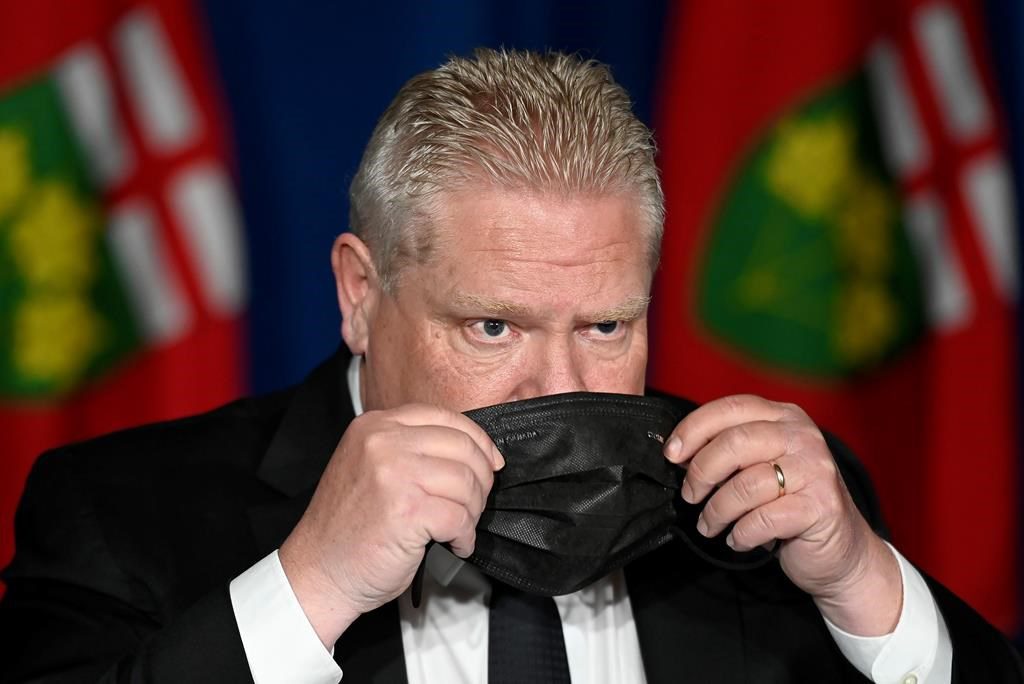 Ontario’s main parties have launched their first advertising wave in the run up to the 2022 provincial election.

Lots of sound and fury on radio, tv and digital media platforms… but signifying exactly what?

Conventional political wisdom suggests that, apart from partisans,  most Ontarians [ more than 60%] are unlikely to be paying any attention at all to these messages. This is particularly relevant when citizens are still recovering from the message carpet bombing of the federal campaign.

So what justifies two parties flush with fundraising dollars and facing imminent legislative constraints limiting what can be spent in the lead up to the election call to launch such a flurry of activity.

There are legitimate rationale for seeking to frame the provincial race this far in advance of the fixed election date but they rest in seeking to address different political challenges.

Like its federal counterpart, the key to the Ontario election will be all about voter splits.

Government and NDP are seeking to define Liberal leader Steven Del Duca in the public mind as Wynne’s ‘right hand man’  before he can successfully establish his own desired mark. A proven strategy. Federal Conservatives tried to label Justin Trudeau as not ready for prime time; his predecessor Michael Ignatieff was effectively attacked ‘as not coming back for you’.

Del Duca, who candidly admits to a charisma deficit, had been preoccupied with internal Liberal rebuilding:  successfully paying off the massive provincial party debt from the last election, revitalizing the party organization and recruiting a solid candidate base with 50% women and 30 candidates under 30 years of age. As critical as these tasks are in the run up to the election, they had done little to define his ‘invisible’ public persona which also suffered from not being an elected member in the Legislature.

This past weekend’s Annual General Meeting allowed Del Duca an opportunity to use a policy focus to begin this next phase, given that virtual meetings severely constrain the volunteer excitement generated by in person gatherings.

His efforts to frame himself as a ‘positive’ leader willing to acknowledge policies from other parties puts him in stark contradistinction to the early approach taken by the other leaders. Combined with his focus on reestablishing the voters’ trust, the strategy serves as a step to inoculate himself from likely attacks about his reputation for hard nosed politics.

Both approaches also appear likely to appeal in any future minority government scenario.

Andrea Horwath’s attacks against Del Duca reflect the NDP’s ongoing political preoccupations. Entering her fourth election as leader, her critics repeat the view that she has not been able to convert personal popularity into electoral success; most recently, in 2018, she failed to overtake the Conservatives when the Liberal support had collapsed and the Conservatives were led by an unpopular leader.

In short, the NDP attacks show they are worrying about securing their Opposition flanks against a Liberal revival as much as securing a victory against the Ford government.

In the context of Ontario’s federal vote, both the provincial Conservatives and the NDP’s preoccupations with a Liberal rejuvenation have some merit. The Liberal base in Ontario’s biggest urban areas held fast, with vote splits defeating determined efforts by both federal parties in an otherwise favourable election cycle for them.

The latest Leger Post Media provincial poll taken October 8 to 10 reconfirm a similar reality. While the PC’s lead with 35% , the Liberals have overtaken the NDP for second, recovering to early May levels. The NDP sit some 10% behind the first place Ford Government.

Some strategists are content to argue that the flurry of advertising is an investment in buoying the spirits of the PC and NDP partisan base licking their wounds after the federal defeat.

The PCs have likely banked their biggest campaign promise, a tax cut, for release closer to the election. In an early summer 2021 study, the FAO flagged that future Ontario revenue forecast in the budget is lower than the government’s economic outlook, suggesting possible unannounced tax cuts in the future.

The Ford government has also laid the ground work for not balancing the budget any time soon, thereby alleviating the need to explain where proposed spending cuts would be made.

Another explanation for the flurry of activity is that the parties are test driving their election messaging, trying to determine what will stick. Both Premier Ford and Opposition Leader Horwath have laid out a number of policy areas, from Highway 413 to long term care, with which they wish to be identified.

The PCs effort to position Mr. Ford’s government as willing to respond positively- the ‘yes’ party- leaves them open to two lines of attack.

The first criticism is that Mr Ford’s government is willing to satisfy large interest groups at others’ expense. Following revelations MLSE helped the government get its Covid QR  app working [a worthy initiative in its own right], there have been unproven allegation that a quid pro quo was offered to benefit large sporting venues at the expense of smaller businesses.

A second challenge to the PC ‘yes man’ strategy is that it may remind voters of unprincipled people who will agree to virtually anything to curry favour. This type of criticism has been hurled before at Premier Ford during his management of the COVID crisis and carries worrisome political baggage.

With more than 8 months to go, this phoney war will soon pass.

From my perspective, the first campaign investments should be in the constituency ground game- identifying voters, recruiting local volunteer base, and building electoral infrastructure in winnable ridings. The recent federal campaign showed the value of such a ‘vote efficiency’ focus in the latest Liberal victory.