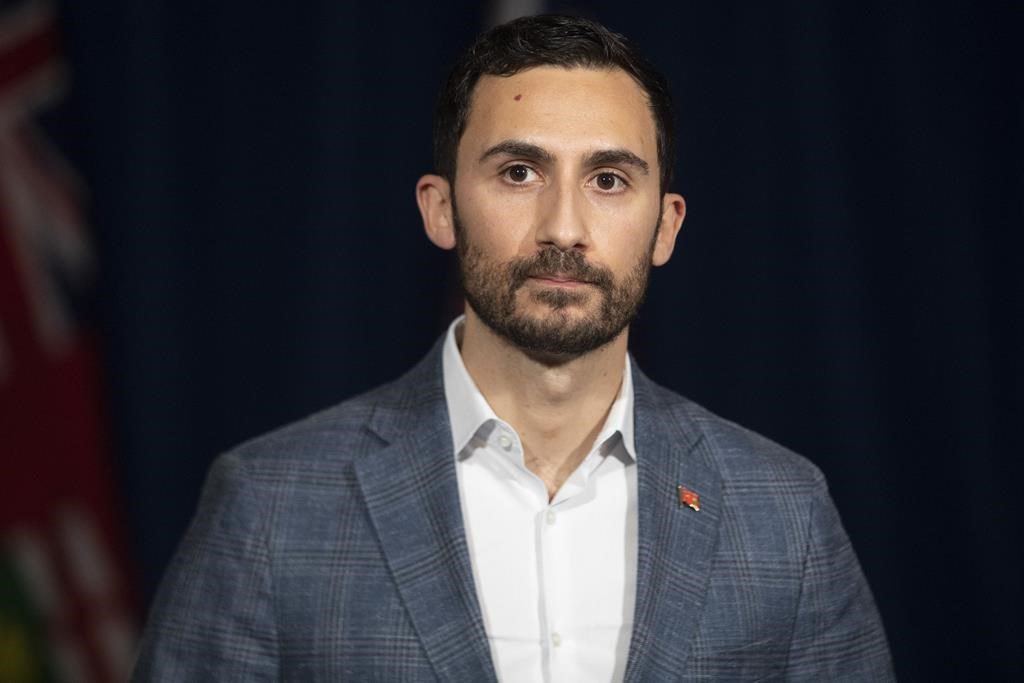 Premier Doug Ford said community spread of the virus is too high to risk having students congregate after the break that began this week.

He argued schools are safe but said the province must “do everything possible” to bring infections down during the “critical” next few weeks.

“We simply can’t be too cautious right now, we have to be proactive,” Ford said. “When it comes to keeping our kids safe, I will never take unnecessary risk.”

The government will look closely at COVID-19 data to determine when in-person classes can resume, the premier said.

Child care for non-school aged children, and for children of frontline workers, will continue during the closure.

Monday’s decision marked a major change in plans for the government, which until Sunday had maintained that schools would reopen for physical instruction on April 19, even after a provincewide stay-at-home order was issued last week to control rapidly rising infections.

Education Minister Stephen Lecce had shared a letter to parents on social media over the weekend outlining safety measures involved in plans to reopen schools after the break.

When asked Monday about the change, Lecce said safe in-person learning has always been the government’s aim but the decision to shutter physical classrooms was made Monday after discussions with the province’s top doctor.

“We made this decision, as difficult as it is, with one aim, which is to lower these community rates to get our kids back,” he said. “We want to really tackle the root cause of this, which is community transmission that is … potentially impacting the safety of schools.”

Dr. David Williams, Ontario’s chief medical officer, said more transmissible variants of COVID-19 are moving quickly, meaning decisions must be made “much more nimbly” than earlier in the pandemic.

He also noted that by the end of last week, many local medical officers of health had changed their minds about wanting schools to reopen.

Lecce said Monday that boards will be directed to support in-person special education instruction for students who can’t learn remotely.

Unions had been calling for schools to close in the absence of stronger safety measures.

They had also called for all teachers to be vaccinated before in-person learning was to resume after spring break.

The province has said special education staff and educators in virus hot spots in Toronto and Peel will be eligible for vaccines this week.

The Ontario English Catholic Teachers' Association said the closure announced Monday is necessary but criticized the government for its shifting messaging on school safety and what it called the province’s lack of other safety measures, such as smaller class sizes.

“As the third wave intensifies, a result of the Ford government's underfunded and mismanaged COVID-19 response, this action is necessary to protect the health and well-being of our students, teachers, education workers, families, and communities,” union president Liz Stuart said in a statement.

Leaders of two opposition parties said Lecce should be fired from his cabinet post, highlighting his weekend comments about schools reopening.

“The in-fighting between Doug Ford and his education minister is putting our children and education workers at risk, and Lecce should be fired for it,” Liberal Leader Steven Del Duca said.

NDP Leader Andrea Horwath said Lecce has not acknowledged that COVID-19 and variants are spreading in schools despite cases popping up in schools across the province.

“Clearly, he has not been telling the truth about the safety of our schools and parents know it, and teachers and educators know it,” she said.

Horwath said the government failed to implement safety measures that would have avoided the shutdown.

The government previously ordered all schools to move learning online when the new term began in January. That was part of a provincewide lockdown at the time. Students gradually returned to classrooms based on the regions they lived in.