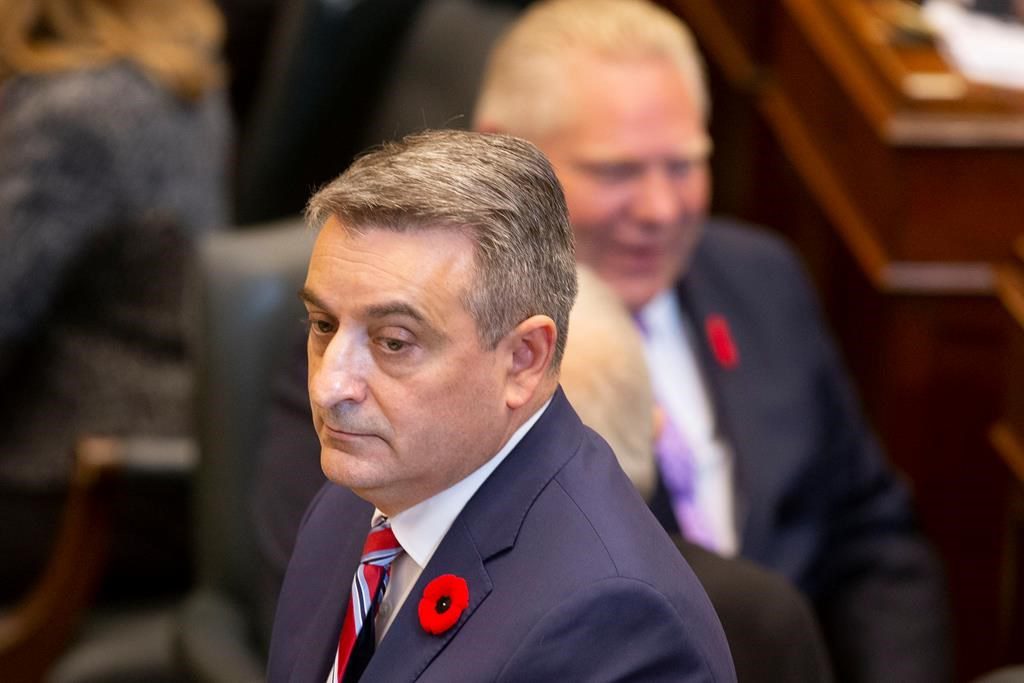 TORONTO — The Ontario legislature kicked off a three-month summer break Thursday, as the opposition argued legislators were heading home while people in the province still need pandemic relief.

Government house leader Paul Calandra expressed hope that when legislators return for the fall session on Sept. 13., life at Queen’s Park will be back to normal.

“I am very optimistic that when we come back in September, we’ll all be coming back,” he said. “It’ll be a full session, a normal session… that the galleries will be open, that all members will be able to come back, that we can get rid of these masks.”

Since the beginning of the pandemic, Ontario’s parliament has remained closed to anyone but politicians, staff and media. Physical distancing rules are in place within the house and only a limited cohort of politicians are permitted to attend at any one time.

With the province aiming to ramp up its vaccination rollout over the summer, Calandra said legislators would spend the next few months reconnecting with constituents in their ridings, adding that the government will be planning for pressing issues like the return to school in September.

“I don’t think we will lack for things to do,” he said.

Opposition politicians, meanwhile, said such planning should have been done before legislators headed home.

“People are still needing support,” NDP leader Andrea Horwath said, highlighting the need for plans to support small businesses and catch up on surgeries delayed during the pandemic, among other outstanding issues.

“Now we’re just going to pack up and walk away from the legislature. That troubles me a great deal.”

Liberal house leader John Fraser criticized the government for adjourning without a clear plan on return to school in September, after the academic year was disrupted due to repeated lockdowns to curb the virus.

He also raised concerns about the lack of government commitment to following up on specific recommendations from a commission that probed COVID-19’s impact on long-term care homes and found the sector neglected and unprepared for a pandemic.

More than 3,770 long-term care residents and 13 staff have died from COVID-19 in Ontario, as the sector was ravaged by thousands of infections.

“The thing that I’m concerned about with long-term care is, the government just wants it to go away. We can’t forget it,” Fraser said.

“We can’t get caught up in what’s next, and not have some accounting for what went behind so that it doesn’t happen again.”

Mike Schreiner of the Green party said he was disappointed in the government’s lack of commitment to fixing long-term care, in response to the commission’s report.

“They haven’t committed to dealing with a staffing shortage next year instead of four years down the road,” he said.