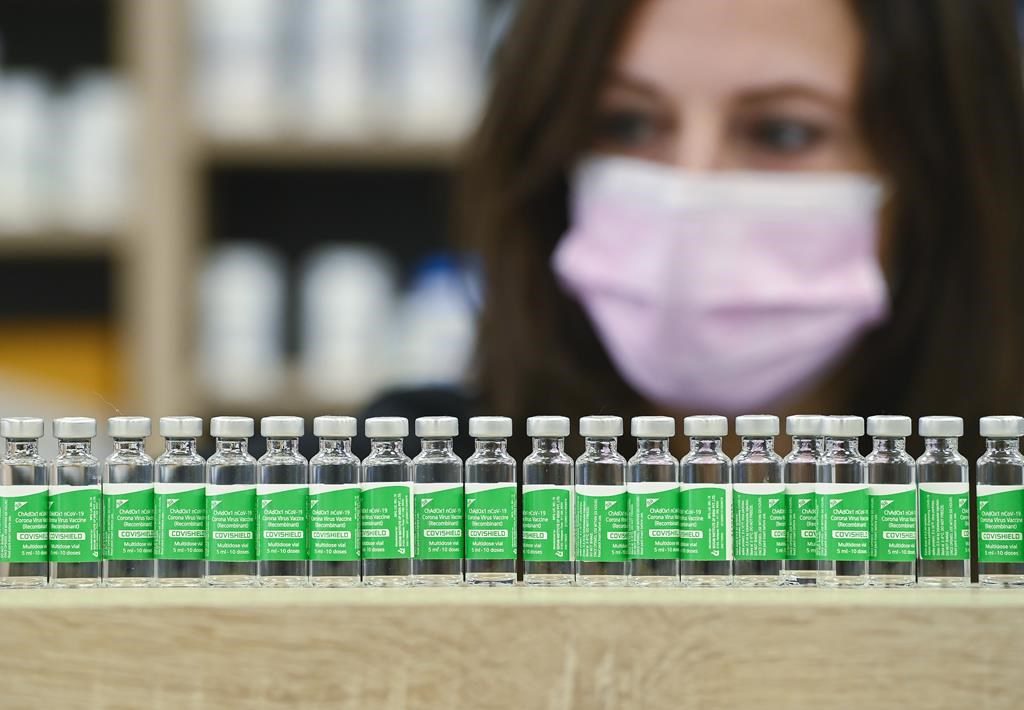 Younger Canadians in several provinces are now able to get the Oxford-AstraZeneca COVID-19 vaccine.

Starting today, those aged 40 and over in Ontario and Alberta can get the shot.

Previously, the minimum age to receive AstraZeneca was 55 because of a slightly elevated risk of an extremely rare blood clot disorder.

Quebec says it will be lowering the age for AstraZeneca, although it’s not clear what that age will be.

Quebec’s director of public health says a recommendation from the province’s immunization committee is expected soon and could be put into effect this week.