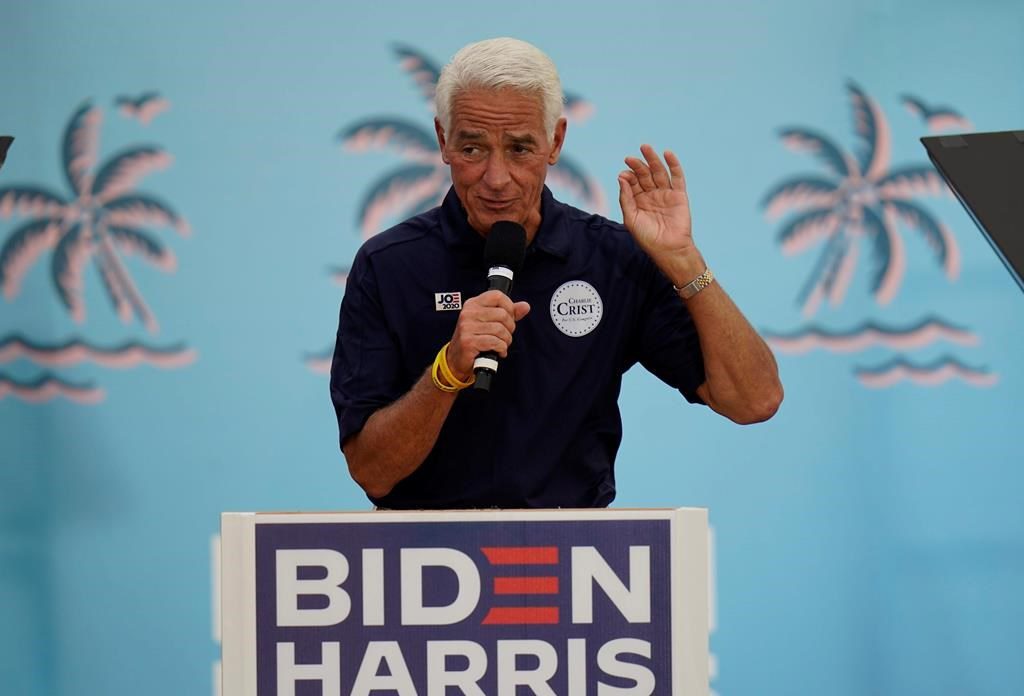 ST. PETERSBURG, Fla. â€” U.S. Rep. Charlie Crist, who served asFlorida governor for a single term before running other offices, is seeking the state's highest office once again â€” this time as a Democrat.

Crist released videos Tuesday leaving no doubt the campaign is on. One video contrasts Crist’ record as governor with that of Republican Gov. Ron DeSantis.

"That’s why I’m running for governor," Crists says on the video.

Crist has some built-in advantages in terms of name recognition and a strong fundraising network, said Aubrey Jewett, political science professor at the University of Central Florida.

"He certainly has a shot to win. I’m not sure he will," Jewett said. "He has been around the block."

Crist, 64, does have a political resume that’s hard to beat.

Crist served in the state Senate through the 1990s, then decided take on then-U.S. Sen. Bob Graham â€” one of Florida’s most popular politicians. Crist lost.

After that, he served as state education commissioner, then as Florida attorney general. Next on the list was an unusual three-way race against U.S. Sen. Marco Rubio in 2010, in which Crist ran as independent. Rubio won re-election.

Then, after becoming a Democrat, Crist lost in 2014 to then-Gov. Rick Scott. Crist has now served three terms in the U.S. House.

In a recent interview, Crist said he has given this latest political foray a lot of thought.

"If you feel up to the task, and people are telling you it’s time, I want to do it,” Crist said.

Whoever wins the Democratic nomination for governor will take on DeSantis, who polls show remains popular in Florida. But Crist noted how often Florida statewide race are often settled by hundreds or even fewer votes.

"I really am an optimist. There are wins and losses in life,” Crist said "I think people deserve someone who has a servant’s heart."