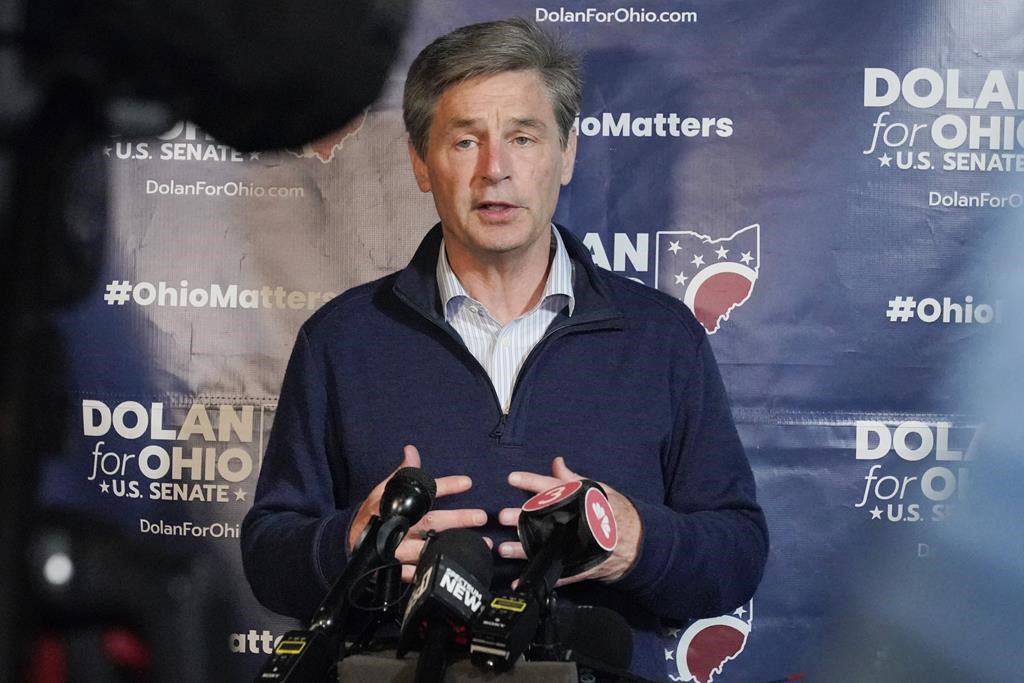 CLEVELAND (AP) — Republican state Sen. Matt Dolan said Tuesday that he is again running for U.S. Senate as the GOP tries in 2024 to flip the Ohio seat long held by Democrat Sherrod Brown, who is expected to seek reelection.

Dolan, a centrist Republican from the Cleveland suburb of Chagrin Falls and a member of the family that owns baseball’s Cleveland Guardians, is the first of his party to jump into that race.

He cast himself as tough but pragmatic when he ran for Ohio’s open U.S. Senate seat last year. Though he entered the primary late and lacked the profile of several other candidates, Dolan surged to finish just behind the winner, author JD Vance, and former state treasurer Josh Mandel, who had spent millions and campaigned vigorously for a year. Vance went on to win election in November.

Dolan was the rare candidate in that crowded GOP primary who didn’t espouse the disproven narrative that the 2020 election was either stolen from former President Donald Trump or fraught with fraud or other problems.

“America’s challenges demand the focus of experienced leaders who reject fictional grievances and are ready to do the hard work of getting results to make our future better than the past,” Dolan said in his emailed announcement Tuesday.

The business lawyer and former prosecutor is in his second four-year term representing parts of Cuyahoga County in the state Senate. He previously served three terms in the Ohio House.

Voters first sent Brown to the U.S. Senate in 2007, and he is the only Democrat outside the state Supreme Court to win election statewide in Ohio in the past 16 years.