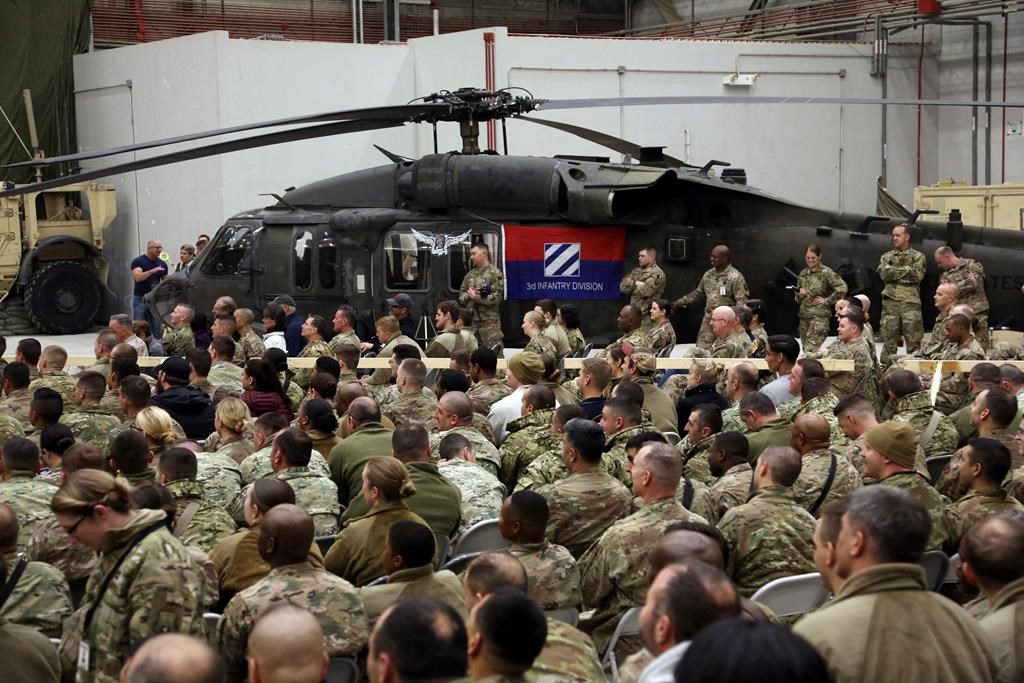 WASHINGTON â€” Defence Secretary Lloyd Austin has decided to keep an aircraft carrier in the Middle East to help provide protection for American and coalition troops during their planned withdrawal from Afghanistan in coming weeks, his spokesman said Friday.

The spokesman, John Kirby, said Austin approved an extension of the USS Dwight D. Eisenhower’s deployment in the Middle East for "a period of time." He also said two U.S. Air Force B-52 bombers have arrived in the region as part of the pre-pullout bolstering of security, which he called a prudent precaution.

"It would be foolhardy and imprudent not to assume that there could be resistance and opposition to the drawdown by the Taliban, given their staunch rhetoric," Kirby said. He said the withdrawal plan was discussed at a meeting Friday of senior defence officials.

The moves back up Pentagon officials’ public assurances that U.S. forces will be prepared to meet whatever resistance the Taliban might present during the withdrawal of more than 10,000 U.S. and coalition troops starting after May 1. About 2,500 to 3,500 of those troops are American.

"I would advise the Taliban that we will be well-prepared to defend ourselves throughout the withdrawal process," Gen. Frank McKenzie, the head of U.S. Central Command, said Thursday at the Pentagon.

Prior to President Joe Biden’s announcement last week that he would end the American war in Afghanistan by completing the troop withdrawal by Sept. 11, the Taliban had insisted that Washington stick to a February 2020 agreement the militants had reached with the Trump administration to complete the U.S. withdrawal by May 1.

U.S. officials said after Biden’s announcement that extra military personnel would likely be positioned in Afghanistan to facilitate the pullout of troops and equipment, and the Pentagon typically beefs up its military presence as a precaution when executing a sizeable withdrawal. When the U.S. pulled troops out of Somalia in December it kept an aircraft carrier in the region as a precaution.

Kirby said some additional troops likely also would be sent to Afghanistan to assist with the withdrawal, but he declined to provide details. Earlier, two other defence officials said hundreds of Army Rangers were to be sent to provide security during the pullout. The officials spoke on condition of anonymity to discuss moves that had not yet been announced.