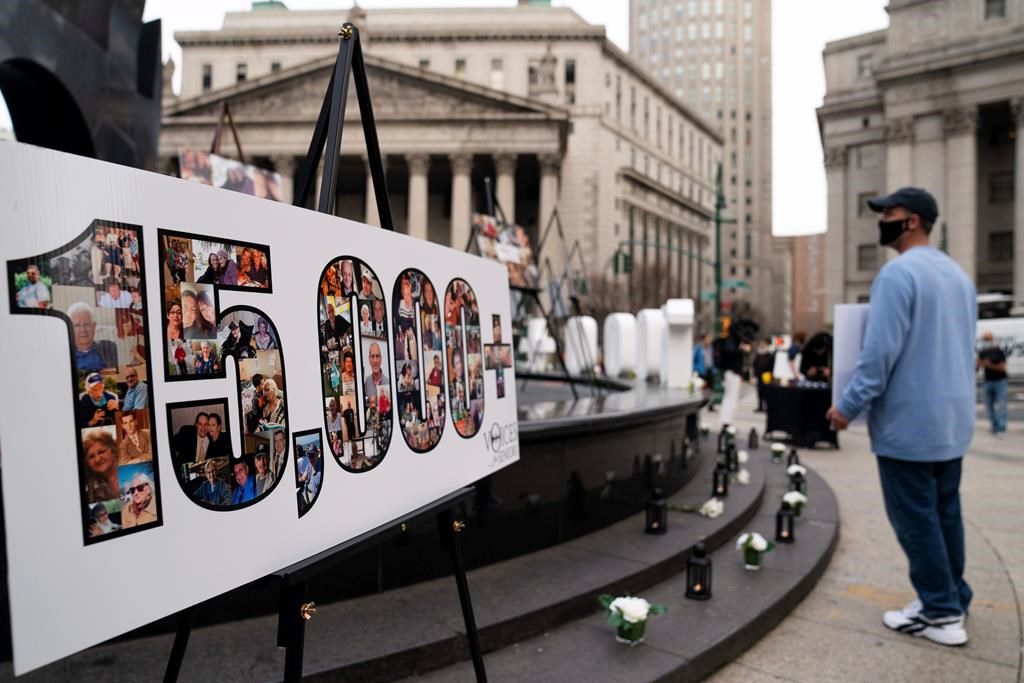 ALBANY, N.Y. â€” Gov. Andrew Cuomo’s office said it won’t reveal what it told the U.S. Justice Department about COVID-19 outbreaks in nursing homes, partly because doing so would be an “invasion of personal privacy."

The Justice Department last year asked the governors of several states, including New York, to turn over certain, basic statistics related to deaths and infections inside nursing homes.

That federal request, initially made in August and later expanded in October, followed reports by The Associated Press and other news organizations that the state’s official nursing home death toll was likely a significant undercount.

Cuomo's began sending records to federal investigators last year. But his office has now denied a request from The Associated Press for copies of those documents.

That’s despite Cuomo himself, in mid-February, saying he supported releasing the records.

The public also isn't entitled to see the records because they were "compiled for law enforcement purposes” and their disclosure would “interfere with law enforcement investigations," Clemmer wrote.

Under state public records statutes, law enforcement agencies are allowed to withhold records related to ongoing criminal investigations. But in this case, the governor's office has applied the exemption to data initially compiled for public health purposes which was sent to the Justice Department’s civil division.

New York is not the only state that has declined to make its response to Justice Department inquiries public.

A spokesperson for Pennsylvania Gov. Tom Wolf's office said it could not provide a copy of its Sept. 9 response because the Justice Department hadn't yet indicated it has "closed the investigation."

Michigan provided The Associated Press with its Sept. 9, 2020, response to the Justice Department. It included information on deaths in state-run veterans homes and nursing homes run by counties.

In January, after a critical report by state Attorney General Letitia James, Cuomo's office revealed that thousands more nursing home residents had died of COVID-19 than the state had previously reported.

Cuomo has since said it was a mistake to take so long to release the statistics, but he insisted the delay was not an attempt to obscure the death toll. The administration said it didn't release a full tally sooner because it needed time to verify how many nursing home patients died after being transferred to hospitals.

The administration's handling of the data is now the subject of an FBI investigation and an inquiry by the state Assembly, which is assessing whether there are grounds to impeach Cuomo.

The U.S. attorney's office in Brooklyn, which is overseeing part of the federal inquiry, declined to comment.

In its document requests, the Justice Department asked for the number of residents, staff and visitors who contracted COVID-19 or died of the virus and the number of people admitted to each nursing home after being treated for COVID-19 at a hospital.

In his response, Michigan's Chief Legal Counsel Mark Totten told the Justice Department he was concerned about the fairness of the investigation, which was aimed at states with governors who are Democrats.

"The U.S. Department of Justice has a long tradition of exercising its considerable power in an impartial and non-partisan manner and we are concerned your letter departs from that tradition," Totten said.