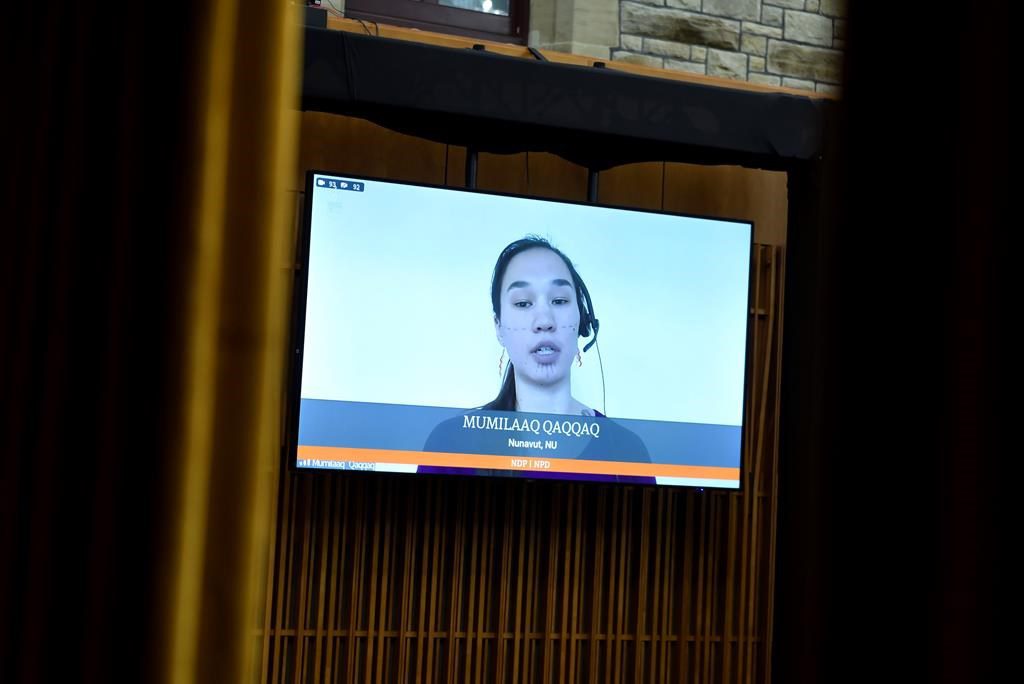 OTTAWA â€” Nunavut’s member of Parliament says she is taking a two-week leave from her political duties because she continues to struggle with personal health problems.

Mumilaaq Qaqqaq says in a statement that a doctor suggested she take some time off.

She says it was a difficult decision to make, but she feels it’s important to follow the doctor’s advice and the leave is not COVID-19 related.

Qaqqaq, first elected in 2019, returned to work in January after taking a two-month leave because of burnout, anxiety and depression following a housing tour she did in Nunavut.

The NDP member also recently apologized after posting a video on her Twitter account that argued the Liberal MP for Labrador, Yvonne Jones, was not an Inuk.

Qaqqaq says in the statement that her constituents remain her priority and her office will stay open during her leave.

“I continue to struggle with some personal health problems. Recently, the doctor has suggested some time off to heal,” Qaqqaq said Tuesday.

“I am deeply grateful for the support and understanding of my family, friends, colleagues and everyone else.”