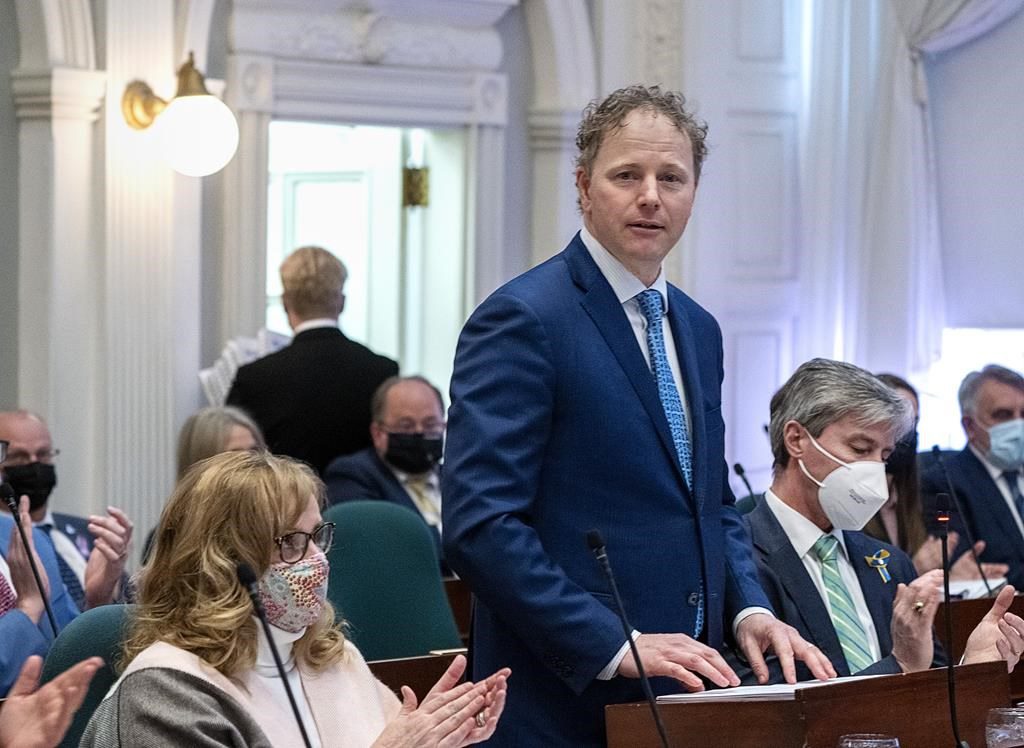 HALIFAX — Nova Scotia’s finance minister says his government won’t use revenue from its fuel tax to buffer the effects of Ottawa’s carbon-pricing program.

Allan MacMaster says all of the tax collected from fuels — including the 15.5 cents per litre added to the price of gasoline — goes toward fixing the province’s roads, and he said that won’t change.

MacMaster’s comments today are in reaction to Ottawa’s announcement earlier this week that it would impose the federal carbon price on three of four Atlantic provinces by July, including Nova Scotia.

The minister suggested earlier this month that Ottawa had forbidden any move to cut the provincial tax, but federal officials have since said that’s not the case.

MacMaster says his government favours targeted support and is now looking at expanding its heating-assistance rebate, which offers up to $200 for low-income Nova Scotians who pay for their own heat.

Meanwhile, Premier Tim Houston says his province is questioning the formula used by the federal government to calculate the carbon pricing rebate to be given to Nova Scotians, adding that the $248 quarterly payments aren’t high enough.